Recently we showed you announced by UGOOS new TV Box called UGOOS UT5 powered by Rockchip RK3399. Today we bring you yet another announcement of a new TV Box from UGOOS called UGOOS AM3 powered by Amlogic S912. Both TV boxes to be shown at CES 2017 which is to appear UGOOS team. It is encouraging that even in UGOOS portfolio will be available TV Box comes with the now popular chip from Amlogic. We can not wait for the customization of UGOOS and new features that may appear on the new TV Boxes. 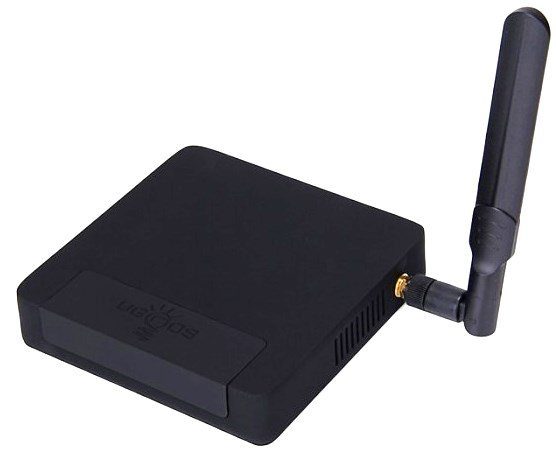 As you probably noticed housing UGOOS AM3 was based on the well known case from AM1 model. UGOOS AM3 TV Box as mentioned is equipped with the already well known Amlogic S912 and its specification is similar to most models with this chipset. Below specification.

Above screenshot from About TV Box. As mentioned earlier AM3 received v.0.0.1 custom firmware. Below most of the features that can be found in the TV boxes of UGOOS: Gamepad Settings, Screen rotation, Fireasy Wireless Assistant, Ugoos KODI, Hardware monitor, Samba Server, Ugoos launcher, Root function.