PiPO company needs no introduction. It is well known chinese manufacturer of mini PCs, laptops and tablets. Recently the company expanded its portfolio by another device type Keyboard PC, and more specifically on the keyboard having a complete specification of a typical mini PC, but the outside looks like a normal keyboard. This time PiPO brand has gone one step further and built a foldable Keyboard PC called PiPO KB2. 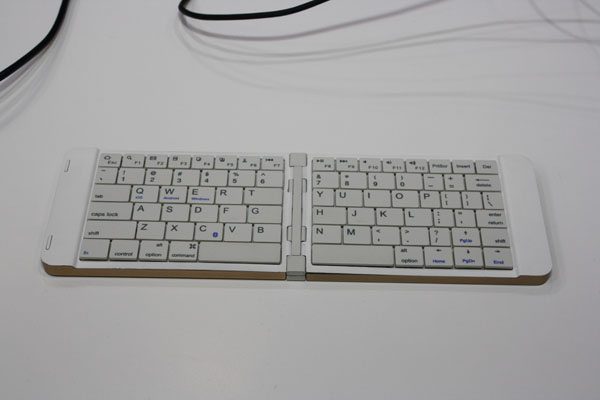 In addition to the portable design KB2 keyboard mini PC is powered by a Cherry Trail processor, support a battery and WiDi via WiFi. The KB2 also has a USB 3.0 port, as well as microUSB, HDMI, Bluetooth, 802.11ac Wi-Fi (including WiDi support) and a 2500mAh battery. There’s no built-in touchpad, but given its foldable design. 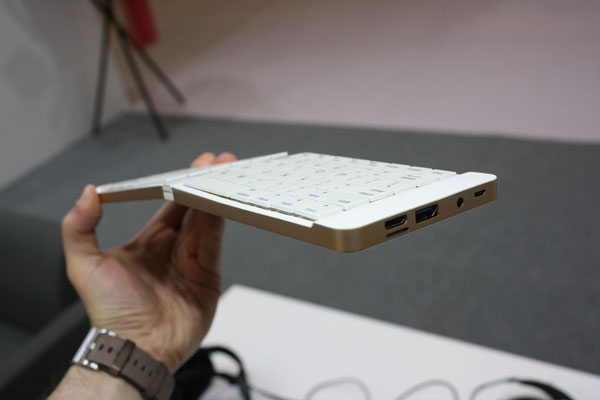 At the moment there is no information about price KB2, but PiPO KB2 should become available in May. Also during Global Sources Electronics Trade Shows 2016 in Hong Kong, PiPO shows earlier Keyboard PC model called PiPO KB1.

The PiPO KB1 now is for sale and also has an updated data sheet with Intel Atom Z8300-X5 (Cherry Trail processor), 4GB of RAM, 32GB or 64GB of ROM and Windows 10. But for those who want to save money, PiPO company also offers a cheaper version with Intel Atom Z3736F and Z3735F (Bay Trail) processor and 2GB of RAM. In either case, all interfaces are located on the back, including one VGA, one HDMI, two USB ports, an RJ-45 Ethernet port, a slot for microSD and audio jacks. It ‘s also an on / off button, 802.11ac WiFi and stereo speakers on the sides. The 6000 mAh battery will allow you to use the keyboard away from a power outlet when you are comfortably seated on the couch.

More information can be found on the video recorded by Notebook Italia during the Global Sources 2016.