Along with Amlogic S805X2 chipset also appeared on the market new Android TV devices. That’s why we decided to introduce you to a few Android TV Box and Android TV Dongles streaming devices based on the new S805X2 SoC.

First of all, the new chipset from the Amlogic S8 series is dedicated to Full HD Android streaming devices. However, compared to its predecessors, it introduces significant changes. Amlogic S805X2 is a Quad-Core Cortex-A35 CPU manufactured in 12nm and providing 32% lower power per core and increasing 25% efficiency. It integrates a Mali-G31 MP2 GPU, also greatly exceeding the previous Mali-450 MP3 in performance, and allows native decoding of H.265, VP9 video with the support for higher HDR standard (HDR10+). In addition, it supports Full HD AV1 decoding, required by Google, as well as supported by top streaming services, such as Netflix. Besides, it also supports Android TV 11.

There are several streaming devices available on the market based on the S805X2 SoC. You can find them at two leading manufacturers of Google-certified Android TV devices. These are the SDMC and SEI Robotics company that has a portfolio of devices for operators, or projects based on full HD device AV1 which require decoding. Below the device.

More details can be found on the SDMC DV9035 product page.

Some of the devices below run on Android TV 10, and supports 4G LTE, and also have a built-in DVB-S2 tuner.

If you are looking for devices for projects based on Amlogic S805X2 SoC and 1080p AV1 decoding, or you are an Android TV streaming device distributor, the above device should be of interest to you. 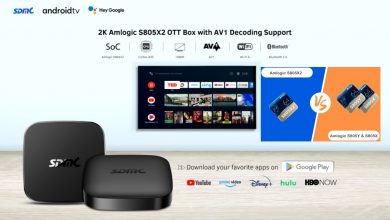 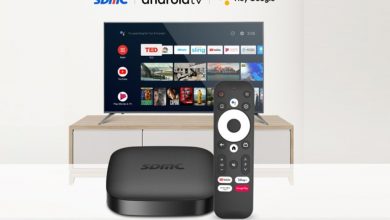 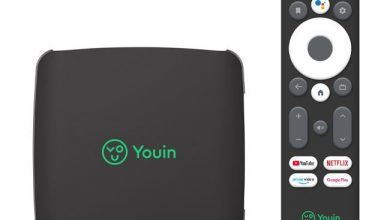 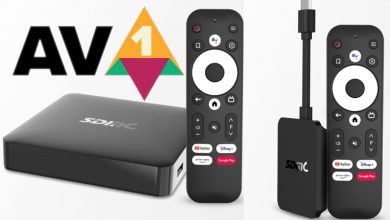