Currently TV Boxes equipped with Amlogic S905 are now very popular. Manufacturers competing in the production of new TV boxes with the S905 chipset. Noteworthy is Beelink Mini MX comes with Amlogic S905 whose review we to introduce to you today. In this review we want to bring you the the features and impressions of using Beelink Mini MX TV Box and answer the question, is Mini MX plays video files without any problem in 4K and whether is worth buying this TV Box. We invite you to read.

I want to say thanks to Gearbest for sending us a Beelink Mini MX to review. Now Mini MX TV Box is available on Gearbest for $41.99 + free shipping. 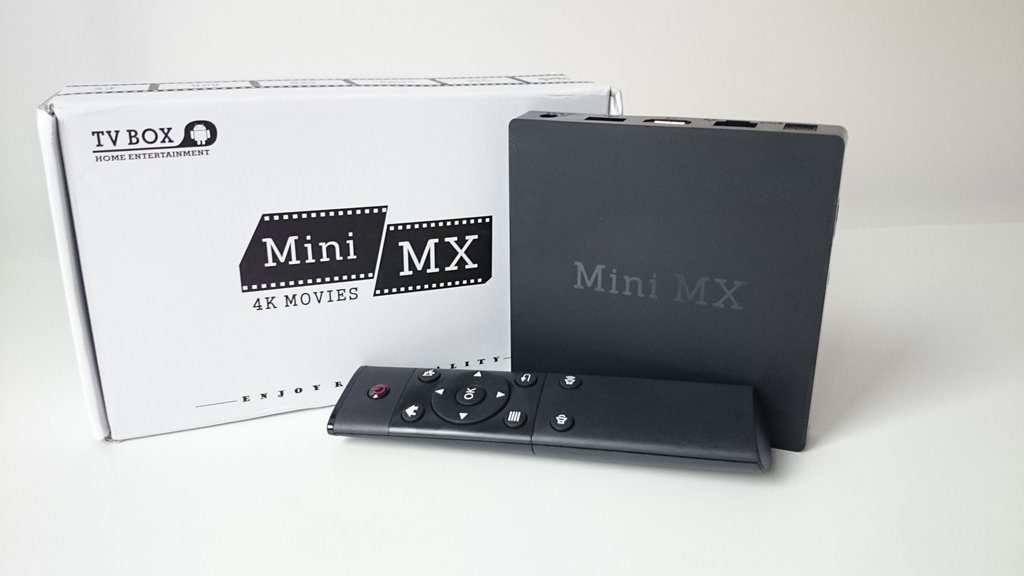 The following video from our YouTube channel where you can take a look at more Mini MX TV Box and bundled accessories.

The housing Beelink Mini MX is made of good quality not shiny plastic. The TV Box is a really small measures 11 x 11 x 1.75 cm. The front panelhas IR receiver and power LED. On one side is a one USB 2.0 port and micro SD card slot. On therear panel are: 5V DC jack, USB 2.0 port, HDMI 2.0 port, RJ45 Gigabit Ethernet port and an Optical S / PDIF port.

As we said at the beginning of Mini MX is a small TV Box and extra thin. Below pictures Mini MX TV Box compared to matchbox.

Booting Android to the “home screen” takes about 00:41.4 seconds (well enough). “Home screen”launcher Mini MX looks very simple, easy to use and familiar, we could see it in other TV boxes (e.g PROBOX2 EX+). In addition to the remote control I used the standard keyboard and mouse, PROBOX2 Remote+ and Xiaomi gamepad.

The device worked in the resolution of FHD 1920×1080 (1080p 60Hz) but you can also adjust the preferred resolution (also 4K) or set the auto mode.  The launcher includes 6 large icons, with 4 of those (Online Video, Recommend, Music, and Local) being some folders for apps, and My Apps providing access to all installed app, and Settings. Below also we have access to the most important features and apps: kodi, kodi mate (with kodi add-ons), media player, file manager, browser and google play. Beelink Mini MX has also DLNA, Miracast and Airplay. I had no problem with Ethernet and WiFi connection to my router. The remote control works without a problem also with PROBOX2 Remote+ there were no problems, Xiaomi gamepad as always worked greate. Everything worked quickly without delays. Below a few screenshots.

Mini MX is another TV Box which has KODI Isengard (more precisely KODI 15.2 Isengard). But after updating the firmware device has received new Kodi Jarvis 16.0 Beta 3. However unnecessarily manufacturer decided to add a new Kodi Jarvis, which is still in the testing phase. The final version of Isengard Kodi is currently a sufficient and functioning properly. New Kodi 16.0 Jarvis (as seen in the screenshot) shows resolution of 1280×720@50.00Hz, instead of 1920×1080@60.00Hz (KODI 15.2). Below Kodi screenshots.

On Beelink Mini MX you can play without a problem just connect gamepad. I used Xiaomi gamepad.The combination of Mini MX TV Box with Xiaomi gamepad is great fun. Beach Buggy Racing and Jetpack Joyride runs reliably and without problem, even with high resolution works trouble freealso I was able to run Asphalt 8: Airborne which also worked without problems. PROBOX2 Remote + works well in combination with the Mini MX, and copes well with the game Fruit Ninja and Jetpack Joyride. 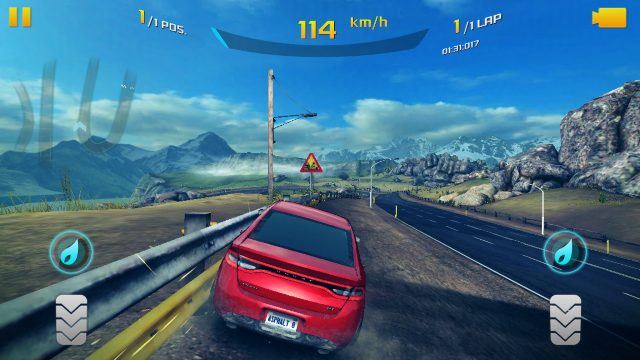 The Beelink Mini MX TV Box runs on the Android 5.1 Lollipop, namely version 5.1.1 and the Linux Kernel version 3.14.29. After checking availability of an update in “System Update” it turned out to be the new firmware is available via OTA update (Big Plus!) The device had installed the firmware Build number – s905_102L1. After updating firmware the device has received the Build number s905_103L1.

TV Box is equipped with a SoC Amlogic S905 Quad core 64-bit  Cortex A53 Up to 2.0GHz processor and GPU Mali-450, CPU speed between 100 MHz and 2.02 GHz. On the following screens you can see exactly the components used and their specification (Information taken from the applications: new AnTuTu Benchmark v6.0, CPU-Z and AIDA64). Unfortunately, Amlogic S905 is not yet recognized in the applications only detected ARM Cortex–A53. Also, the model device is detected as Mini MX (p200) and board p200.

For testing I use the AnTuTu Video Tester 3.0 app and AnTuTu Benchmark 6.0. The following screenshots from the video test. The result 920, better than K1 Plus TV Box (The result 886). Also worthy of note is that Beelink Mini MX did not have not supported codecs. 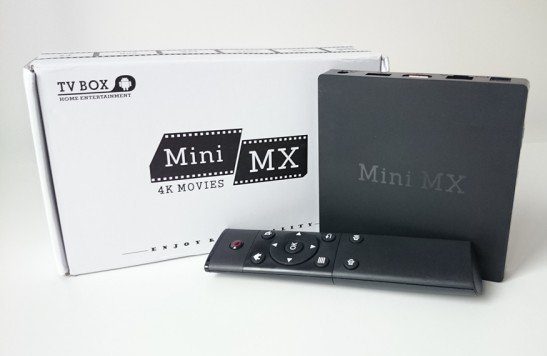 Beelink Mini MX is a small, well and solidly made TV Box with good quality plastic. As we said at the beginning of his heart is a new Amlogic S905 Quad core 64-bit  Cortex A53 Up to 2.0GHz processor which supports UHD 4K@60fps HW decoding, multiple formats including H.265 10-bit, H.264, AVS+ and also FHD 1080p @60fps HW encoding, H.264. Plays typical video content in 1080p and copes well with the video in 4K (also with 60fps). Noteworthy is easy to update via OTA update. Mini MX TV Box has an easy to use UI which provides quick and intuitive access to key features. TV Box works well in simple games, but also web browsing and watching videos. It’s really good equipment with big potential to build a home entertainment center. Of course, TV Box require improvements, but as in most of the available TV Boxes, always something to find. In addition, it is worth mentioning that Beelink Mini MX is a cheap ($41.99) compared to other TV Boxes with SoC S905, which is why it is a good value for money. Once again I want to say thanks to Gearbest for sending us a Beelink Mini MX sample. Therefore, if you are looking for the TV Box with new SoC S905, good support multiple codecs and 4K video playback and also good price this TV box is for you. We recommend a Beelink Mini MX.