Today we want to introduce you to YUNDOO Y8 review. As most of you remember YUNDOO Y8 is one of the first TV Boxes equipped with the new Rockchip RK3399. The new Rockchip RK3399 is a powerful processor with two Cortex A72 cores clocked at up to 2.0GHz, and four Cortex A53 cores teamed with a Mali-T860MP4 GPU. Those who follow our social media could see the test dumps that YUNDOO Y8 is a true Powerful TV Box. At the moment it is the most powerful TV Box, among the tested TV Boxes. He was hailed by us as “King of Benchmarks”. How YUNDOO Y8 fell during other tests, and whether he has any weaknesses, you’ll find out in this review. We invite you to read.

I want to say thanks to Gearbest store for sending us a YUNDOO Y8 to review. Now YUNDOO Y8 Android TV Box is available on Gearbest for $129.99 + free shipping (4GB RAM / 32GB eMMC), just use coupon code: GBYDY8. TV Box is still in the presale phase. 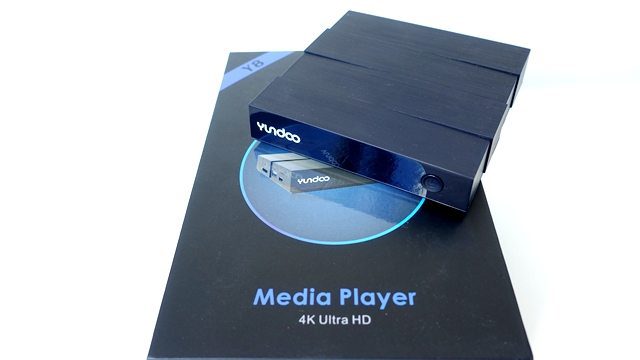 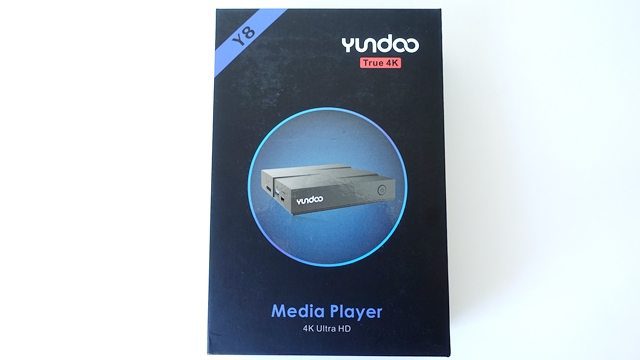 What did we find in the box? The box included everything that you need to get started:

The following video from our YouTube channel where you can take a look at more YUNDOO Y8 TV Box and bundled accessories.

YUNDOO Y8 has an unusual case, with interesting perforations. The housing is made of good quality plastic. It is also a small TV Box. YUNDOO Y8 also runs on Android 6.0.1. The front panel has IR receiver and power button with power LED. On one side is a USB 3.0 port, SD card slot and USB 3.1 Type-C . On the rear panel are: 5V/2A DC jack, Optical S / PDIF port, Reset port,  RJ45 Gigabit Ethernet port, HDMI 2.0a port and 2x USB 2.0 port.

At the bottom of the device there are holes for the discharge of hot air and on the four corners of the rubber to prevent slippage. Below also remote control.

The YUNDOO Y8 TV Box on first run via Setup Wizard allows you to quickly set up a TV Box. Below screenshots.

YUNDOO Y8 UI launcher looks great and is very readable, providing quick and easy access to the most important features. Launcher also has has a hidden status bar. The TV Box can operate only in the typical the resolution of FHD 1920×1080 (1080p 60Hz). Everything worked stable and very quickly without delays, Netflix (without the Offline option) also works without any problems.

YUNDOO Y8 support also DLNA, Miracast and an Airplay, unfortunately miracast does not work smoothly there are very large delays. We had no problem with Ethernet and WiFi connection to router and to Internet. The speeds we received via WiFi and Ethernet are great (Ethernet: Download – 316.77Mbps Upload – 41.68Mbps, WiFi: Download – 222.80Mbps Upload – 41.11Mbps). In addition to the remote control (that looks and works great) we used a standard keyboard and mouse and Gamepad GameSir G3s.  TV Box which we received was equipped with 4GB of RAM and 32GB eMMC storage. Using a TV Box in this configuration is a real pleasure. No delays, freezes and waiting for action. Everything worked quickly. Despite the installation of many applications and games, large storage space allows for fun. There are no advanced settings for the HDMI and Sound. Below a some screenshots.

As you know YUNDOO Y8 has a USB 3.1 Type-C that allows dual display. For testing, we used BENKS Type-C to HDMI adapter ($15.47). Unfortunately, the USB Type-C USB port is pretty deep embedded in the TV Box housing and we had to push the USB Type-C BENKS adapter. In Settings – Display Output, you can set the resolution for each HDMI. Unfortunately, Display different content fo double screen does not work. Both screens display the same image. Below are some pictures. 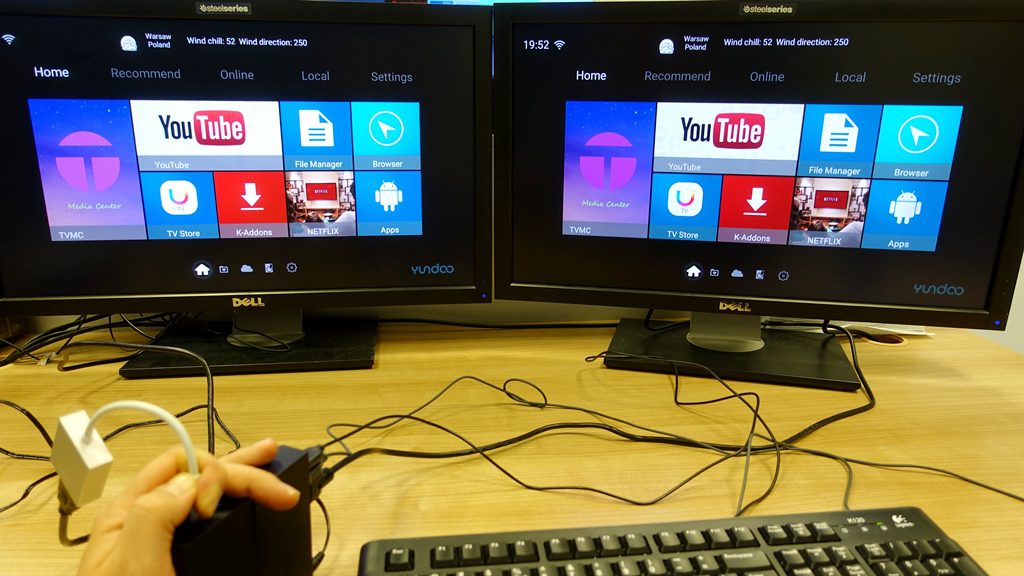 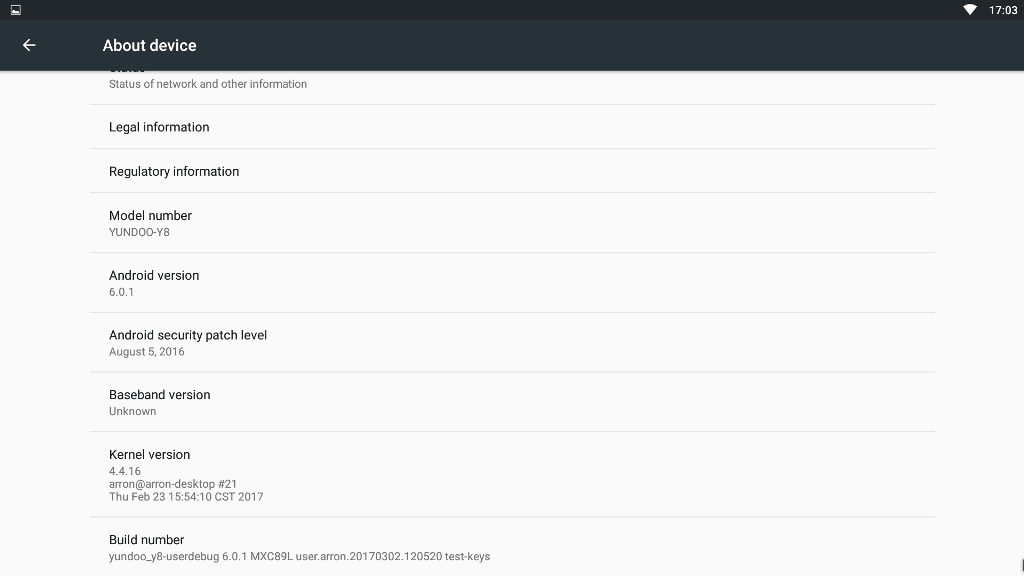 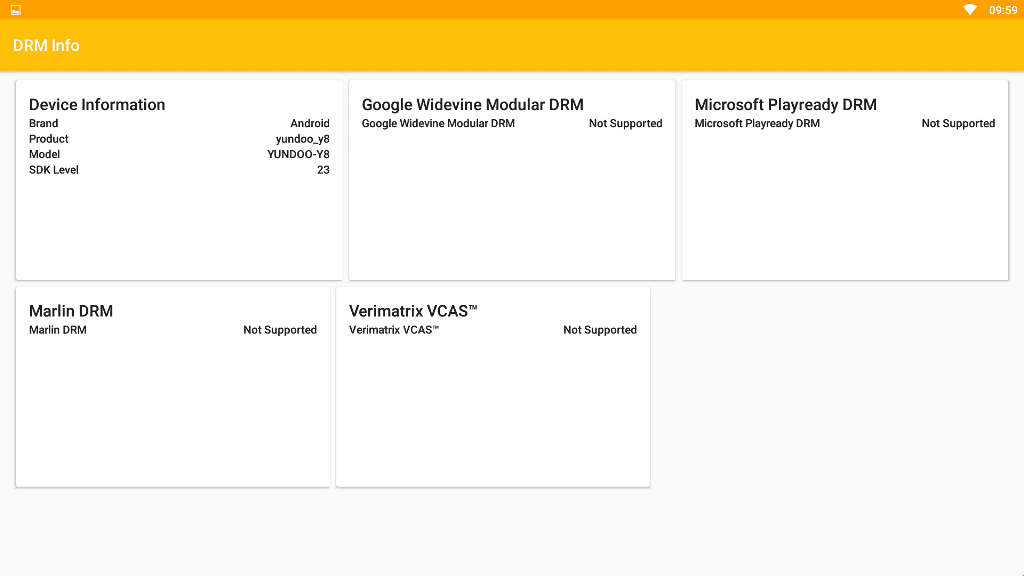 As we wrote at the beginning YUNDOO Y8 is the “King of Benchmarks”, has the best results compared to earlier tested TV Boxes. The results speak for themselves. For testing, we used the AnTuTu Video Tester 3.0 app and AnTuTu Benchmark 6.1.4. The result 1093!. 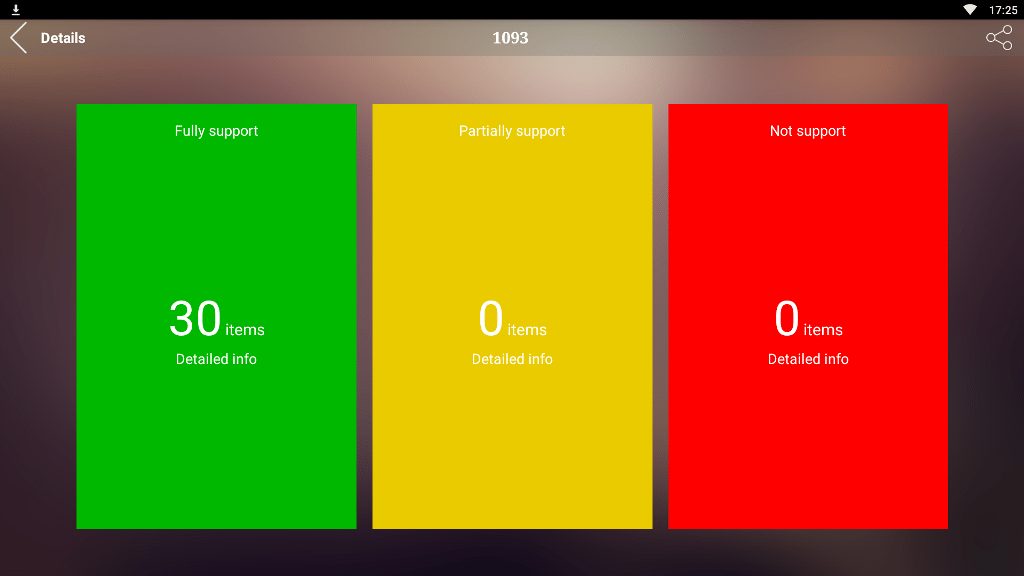 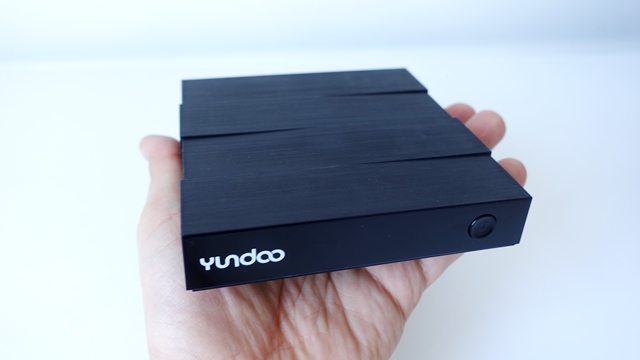 The new YUNDOO Y8 TV Box with the new Rockchip RK3399 is (one can not hide) one of the today’s most powerful TV Boxes on the market. YUNDOO Y8 in the specification of 4GB of RAM and 32GB of eMMC storage is a real Powerful TV Box that enables usability. It works fast, does not freeze, gives a sense of lightness in use. Greatly handles video playback in 4K (in various formats). Unfortunately, Youtube playback should be fixed as soon as possible (and other minor issues). If you like to play on TV Box this is YUNDOO Y8 it should satisfy you, is an Android game console, the games work great. YUNDOO Y8 is not the cheapest, and for this price ($144.17 or $129.99 at PROMO), you can find TV Boxes offering more functionality. However, in terms of potential and benchmarks, none of the existing TV Boxes can match with the YUNDOO Y8. Once again I want to say thanks to Gearbest for sending us a YUNDOO Y8 Android TV Box sample. If you care about the powerful TV Box for entertainment you should consider purchasing YUNDOO Y8.