In early May we presented a mini PC called Vensmile W10 (IPC002). Vensmile IPC002 (W10) reminds Ainol mini PC, but differs in several parameters and design. Vensmile IPC002 among the other models in the mini PC stands out now the largest capacity of 64GB eMMC storage. Another interesting features is an ultra portable design with a thickness of only 7mm. 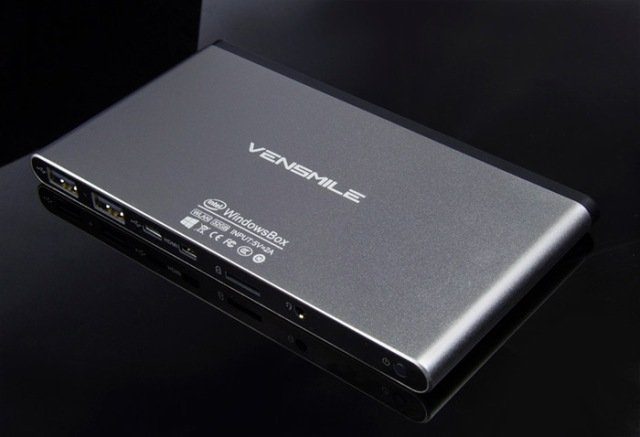 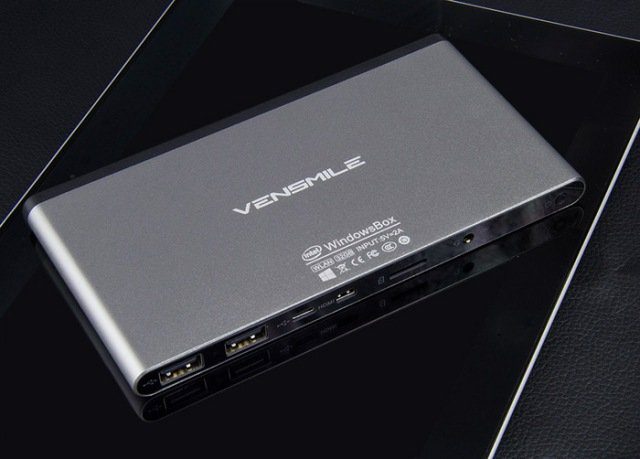 There’s also a 2600mAh battery (support watch video about 1.5 hours) in the case.You can use the Vensmile IPC002 (W10) as a portable power bank. Just plug in your phone or tablet with a USB cable to recharge the battery of your mobile device. The system has two full-sized USB 2.0 ports, a micro USB port (for power), a microSD card slot for removable storage, and a mini HDMI port for connecting a display. There’s also an audio jack for headphones or speakers. 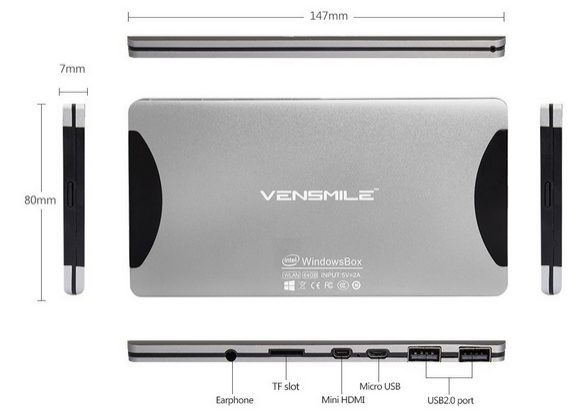