Zotac is adding a few new models to its ZBOX nano line of tiny desktop computers. The new models feature Intel’s 5th-generation Core “Broadwell” chips, and like earlier members of the ZBOX nano family they’re full-fledged desktops that are small enough to hold in one hand. 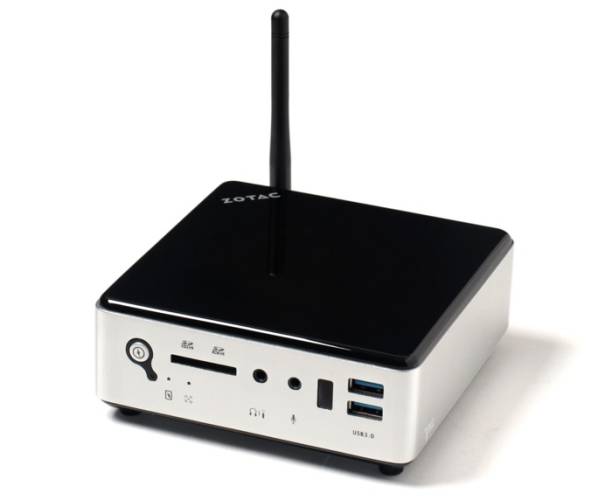 The Zotac ZBOX MI522 nano features an Intel Core i3-5010U processor while the ZBOX MI542 nano has a Core i5-5200U chip. Those are both 15 watt dual-core processors that are more commonly found in notebooks, but which should offer decent performance for most basic computing tasks.

Other features of these little desktops include support for up to 16GB of RAM, 2.5 inch drive bays for SATA hard drives or solid state drives HDMI and DisplayPort, dual Gigabit Ethernet ports, 802.11ac WiFi, Bluetooth 4.0, four USB 3.0 ports, a USB 2.0 port, and mic and headphone jacks. The computers measures about 5″ x 5″ x 2″ and come with a VESA mount for attaching the system to the back of a display. Zotac says the new M-Series computers can handle 4K video output and support Windows 7 and 8 software.

Zotac will offer barebones systems which come with a processor and wireless card but no storage or memory. There are also “Plus” models that come with 4GB to 16GB of memory and 500GB hard drives.