The ZOTAC company has expanded its portfolio ZBOX mini PCs a model called ZBOX MI551, which uses the latest generation Intel Skylake processor. We can therefore expect an even better performance and a new set of connectors. 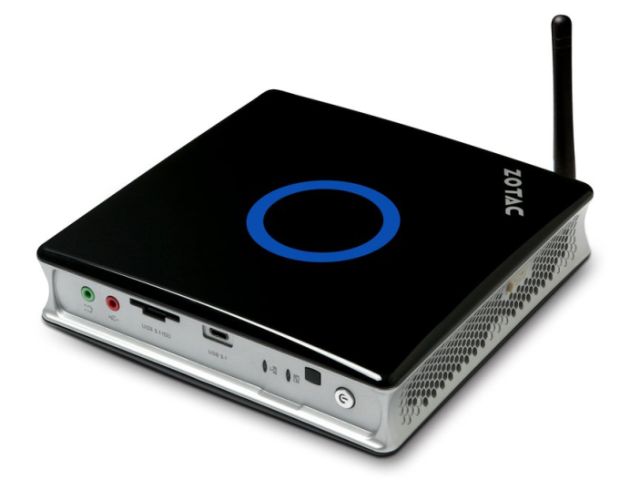 ZBOX MI551 (ZBOX-MI551) from the outside resembles the previous devices manufacturer. We are therefore faced with a small enclosure in which the front brought out audio in / out, a memory card reader connected to a USB 3.0 port, and a USB 3.1 type C. To the side USB 2.0 port on the back of two consecutive USB (this time version 3.0), 2x  RJ45 Gigabit Ethernet and three video outputs: HDMI 1.4 and 2x DisplayPort.

At the moment no information about pricing and availability.