ZOTAC shows off another powerful mini PC in the form of the Intel Core i5 Broadwell powered ZBOX EN970. This little computer has the same basic design as the Seam Machine SN970, but it has a black case instead of white, and there’s no Steam logo on top. 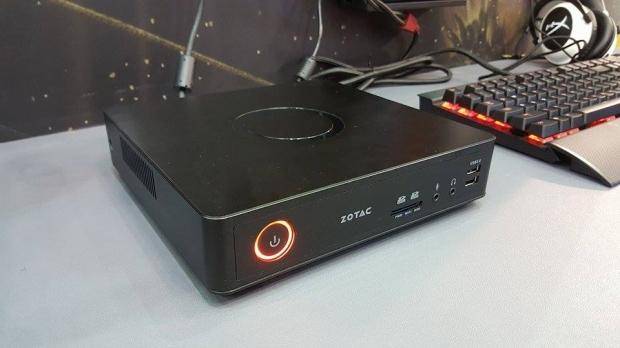 The ZOTAC EN970 comes complete with an Intel Core i5 5200u Broadwell processor, NVIDIA GeForce GTX 970M graphics, and support for up to two storage devices thanks to a 2.5 inch drive bay and an mSATA connector. The system has 4 HDMI ports, 2 Ethernet jacks, 5 USB Ports, and an SD card reader. 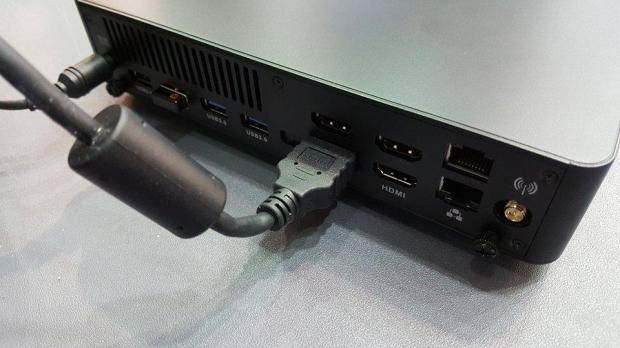 If it’s anything like Zotac’s other ZBOX mini computers, the company will probably sell the ZOTAC EN970 as a barebones system without any memory, storage or operating system. Folks who want to spend a little more money on a Plus model will probably be able to get a version with memory and storage. But you’ll be able to install your own operating system, whether that’s Windows, Ubuntu, or the Linux-based Steam OS.
Source: Liliputing
ADVERTISEMENT
Tags: GeForge GTX 970MIntel Core i5-5200Unvidia
ADVERTISEMENT