We have news for you from ZIDOO team. ZIDOO company is not idle and even though the recently launched ZIDOO X1 II with a new SoC RK3229 the company is preparing a true flagship model called ZIDOO X9S. New ZIDOO X9S is to appear in sales in May !. Will there be like a well-known and appreciated by users ZIDOO X9 model? we can only guess. 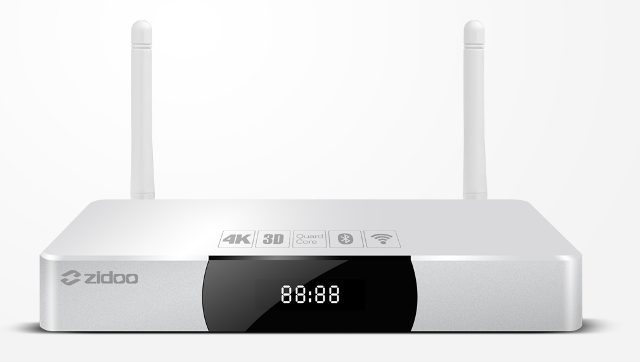 What stands out from the competition ZIDOO X9S – Realtek RTD1295 chipset. ZIDOO (probably) will be the first manufacturer producing a TV Box with this new chipset. Realtek RTD1295 is a Realtek 4K Smart HDR Home Media Center SOC which offers the latest generation HEVC/VP9 4Kp60 video decoding technology with HDR10 capability to deliver wider color range and greater contrast for an enhanced viewing experience. The solution embeds a multi-core 64-bit ARM CPU and multi-core high performance 3D GPU that allow users to experience the best in big-screen premium visual entertainment and enjoyment. In addition to video streaming, the RTD1295 series also incorporates a router function to extend Wi-Fi/Ethernet connections in order to provide the best Wi-Fi coverage. It helps to link a variety of mobile devices, including smart phones, tablets, laptops, etc., allowing users to remain connected on all their devices while viewing premium videos, music, or photos.

Let’s take a look at the Realtek RTD1295 specs:

The quad core Cortex A53 CPU combined with the new Mali T820 MP3 GPU (up to 4 sharder cores, 40% improvement from Mali-T622) will offer enough processing power for 4KP60 and H.265/VP9.
Gigabit Ethernet, SATA and USB 3.0 are all useful when playing files with higher bitrates (H.265/4k2k are to be even more popular in 2016). While there’s no mention about HD audio on the current specs sheet, we do saw that Widevine, Playready, Verimatrix will be supported.

Realtek RTD1295 will find it’s why not only on TV boxes but also on OpenWRT routers and next generation NAS devices. That makes sense, as NAS devices evolved as well to become full-fledget media centers and might benefit from Realtek 1295’s video encoding and decoding power. Don’t be surprised if you will see Western Digital, Buffalo or Qnap NAS devices powered by Realtek RTD1295 one year from now.

The ZIDOO X9S will be one of the first TV Boxes which will have Android 6.0 Marshmallow.  It is also interesting combination of Android 6.0 + OpenWRT (Dual system). At the moment there is no price information. If we know more we will inform.