Xiaomi recently unveils two new TV Boxes based on a known model Xiaomi Mi Box 3 TV Box. Two new models: Mi Box 3S and Mi Box 3c, differ from each other in terms of hardware. While the older model Mi Box 3 has the same features as the Mi Box 3c. As most of you remember the Mi Box 3 TV Box runs on Android TV, the new devices have received a new MIUI TV interface comes with AI (Artificial Intelligence) named by Xiaomi as a Patch Wall. Mi Box 3s and MI BOX 3c is now (probably) are the only TV boxes equipped with AI in the world. Patch Wall interface also works with Mi Touch IR remote control which include a touch ring in place of the usual arrow keys ( Mi Box 3s only). Below specification a new TV Boxes from Xiaomi.

Below comparison of all three Mi Box models. 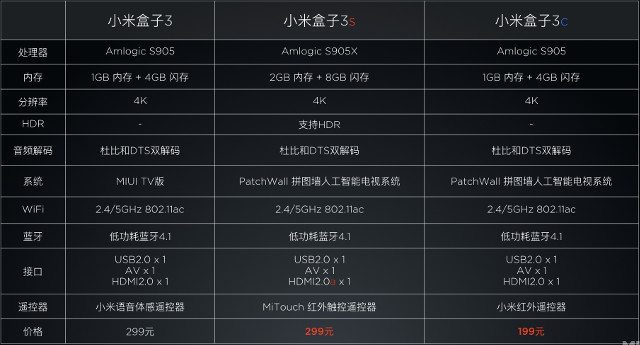 The screenshot below shows how it looks Patch Wall. How does it work can be seen on video (found by CNXsoft) Xiaomi MiTV 3S Patch Wall. 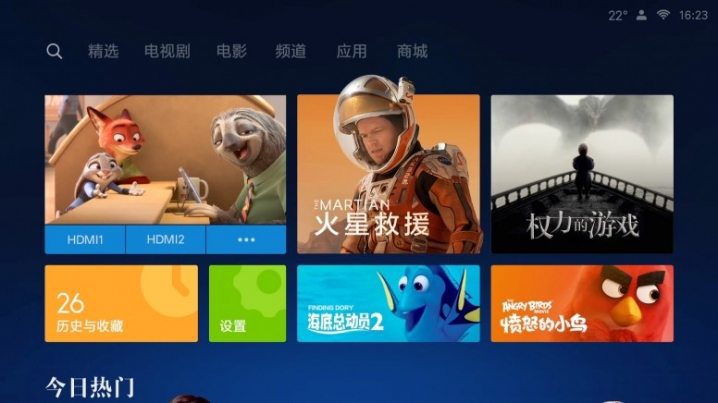 [embedyt] http://www.youtube.com/watch?v=-hfhlxgGAHM[/embedyt]
For people who interested in these new models we have good news, both TV Boxes are available on Gearbest at presale: Mi Box 3s for $65.82 + free shipping, and Mi Box 3c for $44.04 + free shipping.