Xiaomi’s latest Mi TV isn’t a next generation model as we had expected but a low-cost 40inch flat screen retailing for just 1999 Yuan! 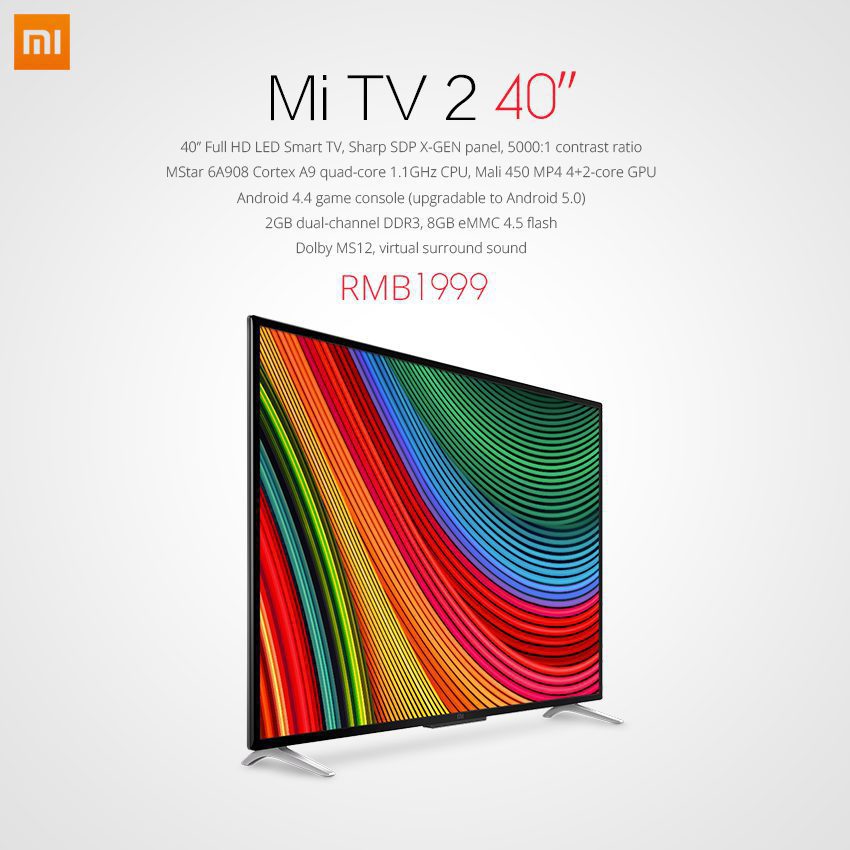 Xiaomi’s Android TV’s have been a drool worthy piece of kit ever since the launched, and with low pricing they have been a device many Chinese tech fans have wanted to own. Today a new addition to the Mi TV family was launched, but not a next generation TV as rumoured.

Our only issue with the Xiaomi Mi TV 2 is that it will be very difficult to ship one out of China without incurring huge shipping and TAX fees. Fingers crossed we will see an official international launch soon.