Another new TV Box which together with WeTek Hub was unveiled yesterday at CABSAT 2016 in Dubai called WeTek Play 2S. 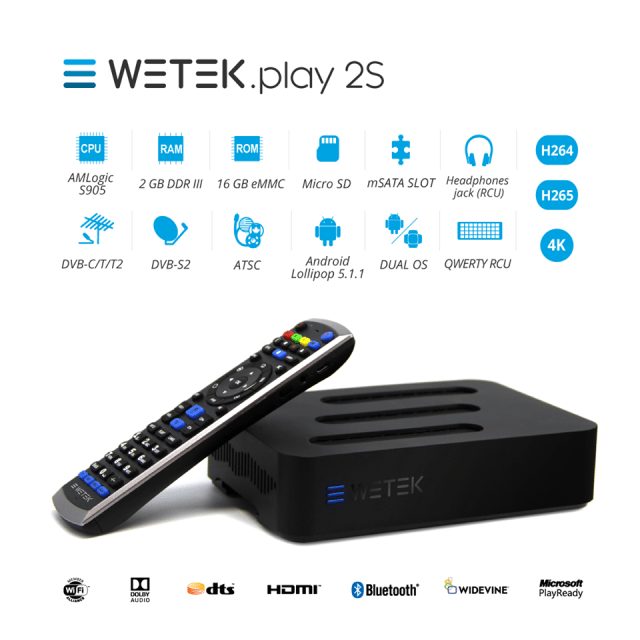 New WeTek Play 2S has 2GB RAM (WeTek Play 2 has 1GB) and 16GB storage (WeTek Play 2 has 8GB), an mSATA slot, and the best media center remote in the market, in addition to the standard media controls and airmouse, the Play2 RCU has full QWERTY keyboard, microphone, and stereo headphone jack. Also comes with a DVB-C/T/T2, DVB-S2 and ATSC ready for supporting 4K H.265 10-bits. WeTek Play 2S also has a Dual Boot and runs on Android 5.1.1 and OpenELEC. 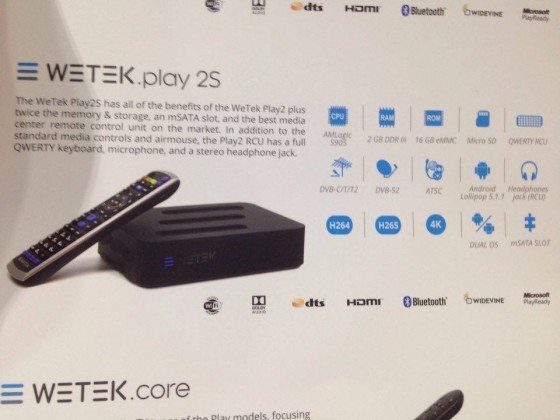 The WeTek Play 2S will be available in 2nd quarter. It’s not over yet CABSAT and WeTek probably will show us a new device. We think so, because we have a brochure WeTek models (picture appeared on the forum kodi).