The Android TV Boxes with Amlogic S912 are still very popular and manufacture willing to build new TV Boxes based on the well-known chipset. In this broad group of TV Boxex suppliers with Amlogic S912 could not miss Venztech (Venz Technology Co., Ltd. ) company responsible for the success of TV Boxes such as VENZ V10 and VENZ V10 PRO. We had the opportunity to test VENZ V10, which he received from us a very good score (VENZ V10 review here). We were impressed by the quality of the device and firmware optimization. Venztech company also recently released a new Dual Boot firmware for V10 Pro (Android 6.0 + LibreELEC). Why we write about Venztech, because soon on sale, will be their a new Android TV Box called VENZ V12 ULTRA. 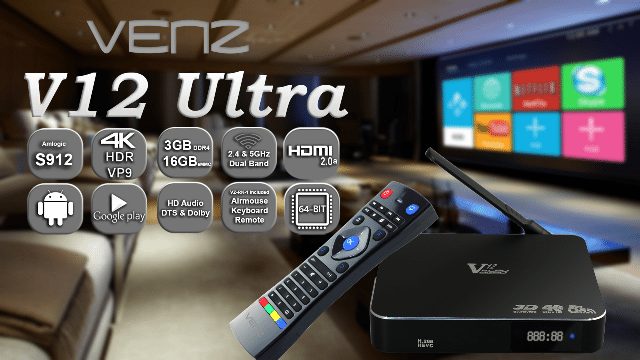 This message should certainly please people who are from Europe, because Venztech by Venztech B.V. (branch office in the Netherlands), takes care of the presence and availability of devices on the European market providing support and most important 3-years warranty on the devices. In addition to the well-known Amlogic S912 chip, inside an aluminum casing we find 3GB RAM DD4 and eMMC flash 16GB which the user even can expand with an extra 64GB by adding a MicroSD card in the MicroSD card reader slot on the back of the VENZ V12 ULTRA. Connection wise the V12 ULTRA is well equipped with a Dual Band 2.4 & 5.8GHz WiFi antenna, a Gigabit LAN port and a Bluetooth 4.0 receiver built in. USB devices can be connected to the three USB ports that are situated on the left side of the device, you may connect USB external HDD’s up to 4TB (tested). On the backside of the VENZ V12 ULTRA you will find from left to right the strong 38dBA WiFi antenna, the ON/OFF power switch, the DC power input, the AV out (CVBS) port, the SPDIF optical out port, the Gigabit LAN RJ45 input port with below it the small reset hole, next to this is the HDMI 2.0a input port and below this the MicroSD card reader port which supports up to 64GB MicroSD and TF cards. Another great gesture we make towards our users is the chip support on the V12 ULTRA for DTS & Dolby ensuring HD audio downmix and passthrough capabilities. 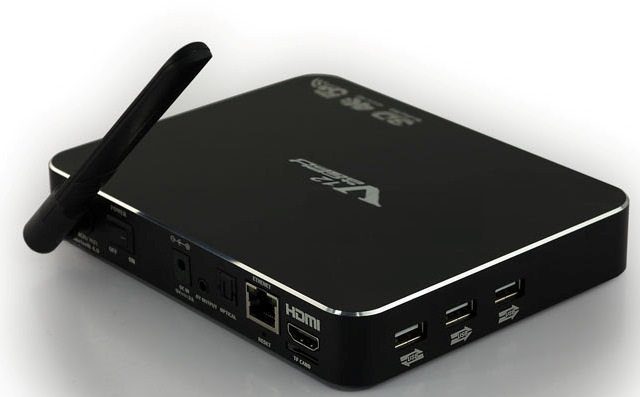 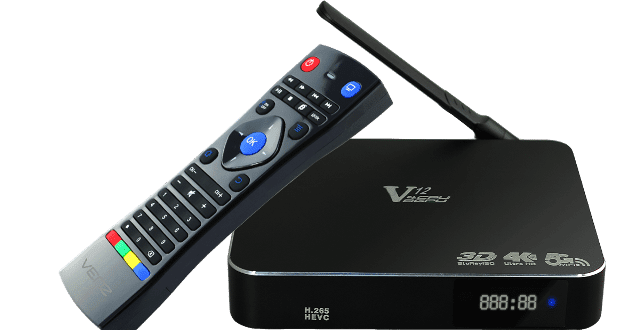 As you can see, in the package will not find the typical remote control, but the VENZ VZ-RK-1 “Ladyshape” style airmouse-keyboard-remote control (nice!). The remote control side replaces the traditional IR remote completely since it give the same buttons and functions and although it works on the RF 2.4GHz protocol with a included USB dongle the VZ-RK-1 also supports IR control so you are able to turn the V12 ULTRA off and on by it. The “ladyshape” design gives you simply the best control feeling in your hand by far from any other remote control, the airmouse functionality makes you control your V12 ULTRA to the fullest in any platform or application. But that’s not all folks! On the backside of the VZ-RK-1 you will find a full layout QWERTY keyboard which enables fast typing when needed using the V12 ULTRA. 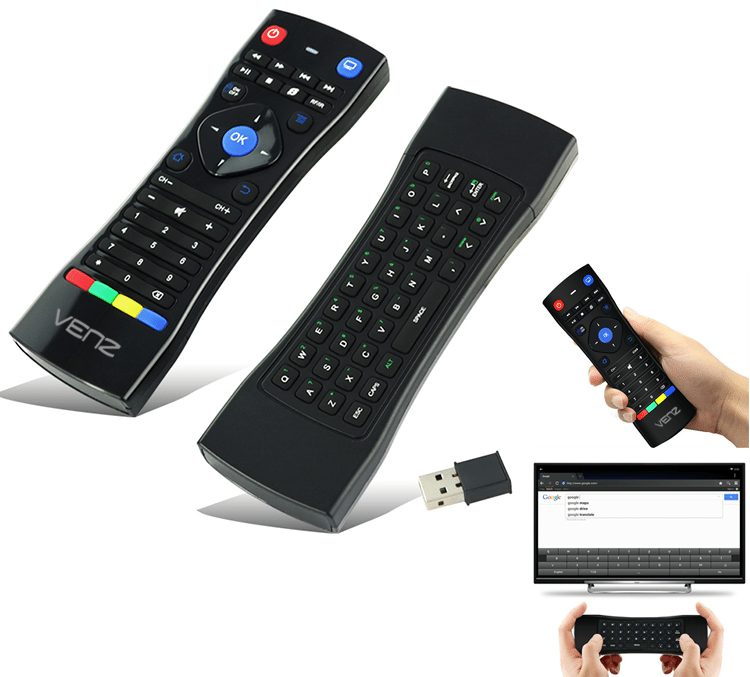 VENZ V12 ULTRA will be available in European stores by end of March (Presale may apply in some local online stores). VENZ V12 ULTRA comes with a retail price of €169,95 including VAT. VENZ V12 ULTRA is supported by 3-years warranty in Europe covered by Venztech B.V. and exclusive partners. We have no doubt that it will be a hit sales.