We had the opportunity to meet first desktop PC / mini desktop PC from Jide called Remix mini. However, it appears that Remix mini will have company. Today we want to show you an interesting project that appeared on the crowdfunding platform  – Indiegogo called Unuiga S905. Immediately appear to us well-known terminology:

The Unuiga S905 is a desktop PC (similar to the Remix mini) powered by 64bit Amlogic S905 Quad-core ARM Cortex-A53 with 5-core Mali-450 GPU, runs Remix 2.0 OS based on Android optimized for productivity and good also for entertainment. Starting price of $25 for the first 100 people to back the project’s crowdfunding campaign. 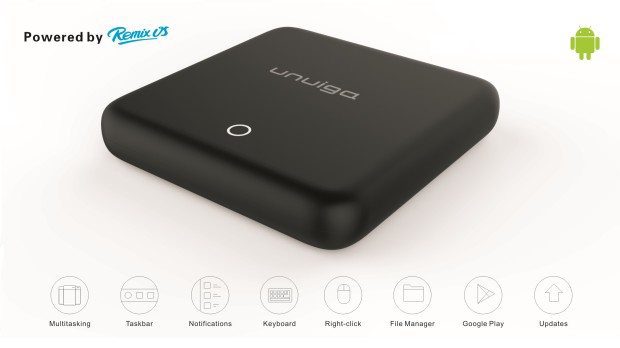 The Unuiga S905 runs on a well-known and very popular recently – Remix OS. Remix 2.0 OS  is Android for productivity, it supports every app in Google Play Store (best are the ones that work well with keyboard and mouse). It comes with a User Interface for productivity, perfect for Multi-tasking, Multi-window operations, best for running multiple apps at the same time. 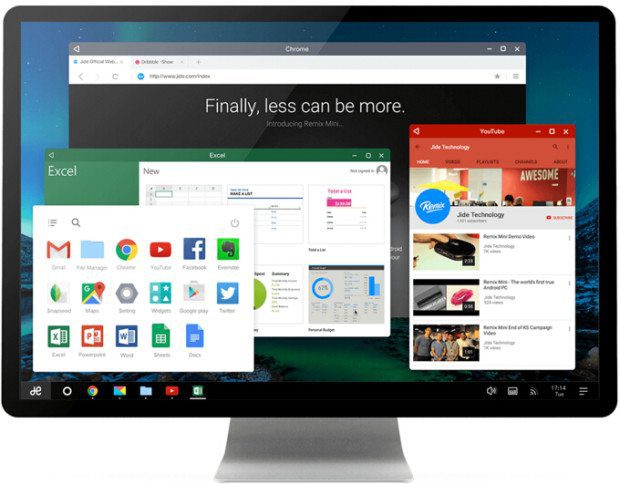 Unuiga S905 works great for Microsoft Office, supports the core PC functions like e-mail, document creation with Word, Excel, PowerPoint etc.
Capacitive button on top of Unuiga S905 / Unuiga S905+ is perfect to put the device in standby, to resume, and hold it in 5 seconds to force power off. 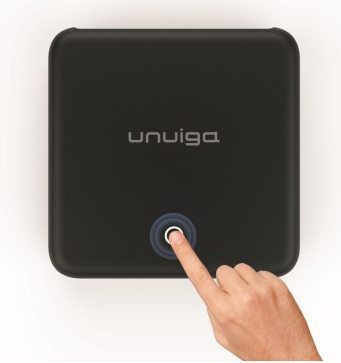 The project involves the construction of two models Unuiga S905 and Unuiga S905+. Below comparison of specifications and prices. 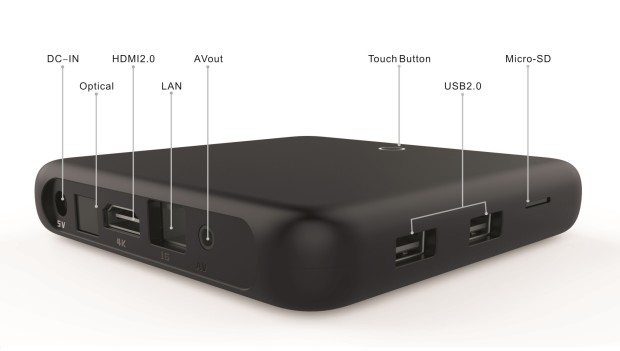 Below also a comparison of specifications and prices S905 and S905+ with Remix mini. 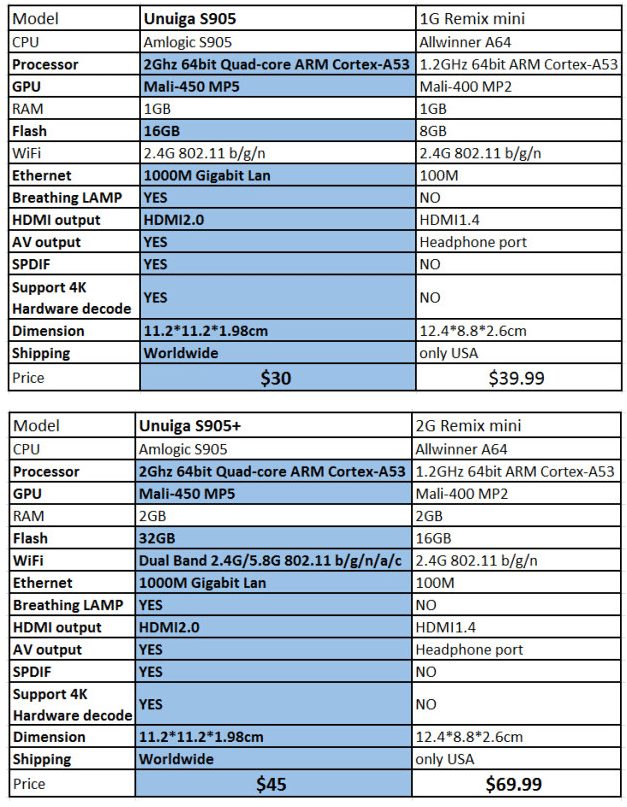 Once the early bird pricing for the entry-level model is gone, the price for a single unit goes up to $30. There’s also a S905+ model that’s priced at $45 (or $5 less for early birds). That’s still less than you’d pay for a Remix Mini, though. Jide’s mini PC with 2GB of RAM, 16GB of storage is currently selling for $70. The Unuiga S905 will ship from China, and the company behind the project expects to be able to ship bulk purchases of 5 or more units in April, with individual units shipping in May.

Below video where you can see Unuiga S905 in action. Video recorded by Charbax from ARMdevices which supports the project.

We wish you success and collect sufficient funds for implementation. If you want to support the project Unuiga S905 drop by on Indiegogo.