The Ugoos, one of the popular TV Boxes manufacturers, is expanding its portfolio not with another TV Box, but with a completely different device, although similarities can be found. Recently, Ugoos has introduced into its portfolio (and soon to market) the Android DLP Smart Projector called Ugoos UP1.

The Ugoos UP1 is an 854×484 DLP android projector, brightness 150 lumens powered by popular Rockchip RK3328 and runs on Android 7.1.2. Just like TV Boxes from Ugoos also Ugoos UP1 projector received interesting and useful features, such as: Root access, Samba Server, OTA Update, Hardware Monitor, Gamepad Settings, Debug Settings, EShare app (stream any audio or video file and use your Android Smartphone or iPhone as Remote Control for your TV). 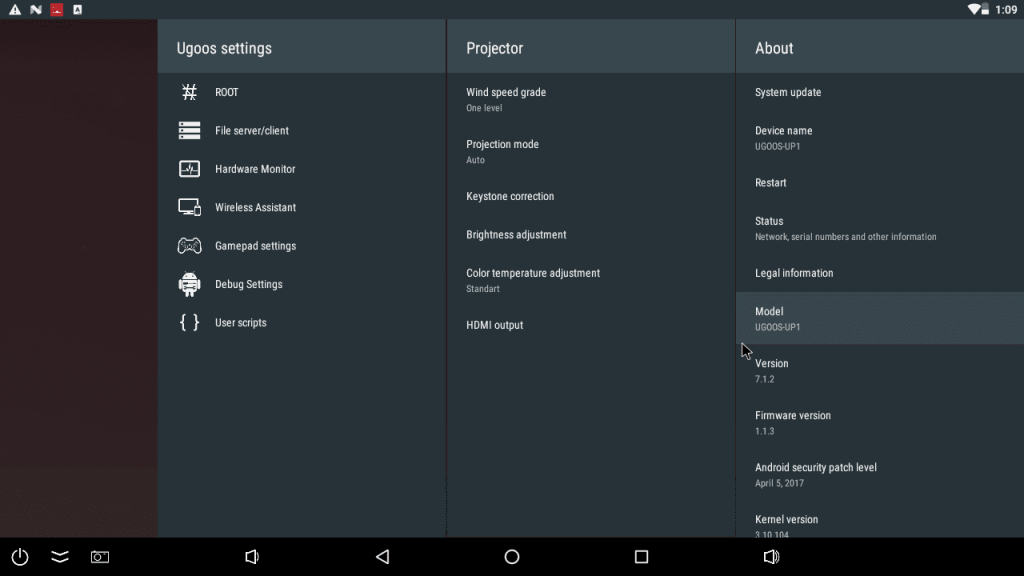 The Ugoos UP1 Android Smart Projector has been equipped with a touchpad (on the top cover, similar to the RKM R1 projector from Rikomagic). More detailed information can be found in the specifications below. 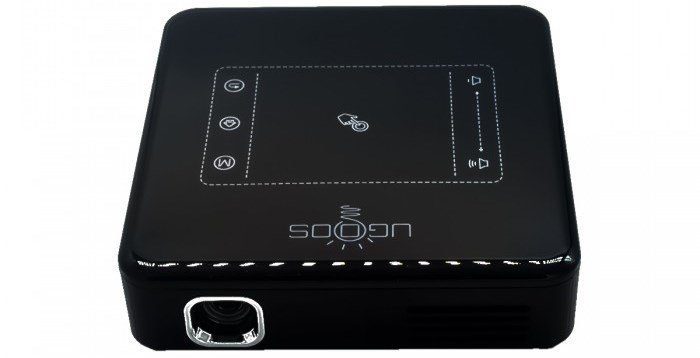 The package contains: Projector, Adapter (DC 12V/3A), HDMI Cable, IR Remote Controller, Tripod stand,Quick Start Guide. Optional: 2.4G Wireless Air Mouse, 2.4G Wireless mouse and keyboard, USB Cable. The UP1 android projector works well at home for entertainment, and as well as in the office. At the moment there is no information about the price. More can be found on the Ugoos UP1 product page.