The Chinese manufacturer Teclast has announced the new Teclast X1 Pro is a great new tablet, which features a 12.2-inch WQXGA display and an Intel Core M SoC uses. The device is in the style of Microsoft Surface tablets, so come with a keyboard cover, therefore, and should be to be had from just 450 Euros. Such a Teclast X1 Pro tablet with keyboard cover could be very interesting in Europe. Unfortunately, they will never find their way into our stores and online shops.

The Teclast X1 Pro has a 12.2-inch IPS display with a resolution 2560×1600 pixels and is thus still higher than the model and competitors Microsoft Surface Pro 3. Under the hood, the Intel Core M-5y10C dual-core processor that works very efficient with a maximum of 6 watts of power connected. The base clock of the ultra-mobile SoC Intel is 1.1 GHz, with my Turbo Boost up to 2.0 GHz when required can be achieved. He is SSD combined with four gigabytes of RAM and a 128 GB synthesis, the expansion of memory easily via MicroSD card slot is possible. The performance should therefore be quite high under Windows 8.1. Also this tablet gets of course a free upgrade to Windows 10 and Office 365 is apparently also there.

As for connections the Teclast X1 Pro has two USB 3.0 ports, micro HDMI port, audio jack and 12v power connector independently. On the back we have a camera with 5MP resolution and front 2MP other. The system also integrates Wifi, Bluetooth 4.0 and a modem capable of connecting to 4G LTE networks. The system mounts a 1100mAh battery with a theoretical range of 8 hours. 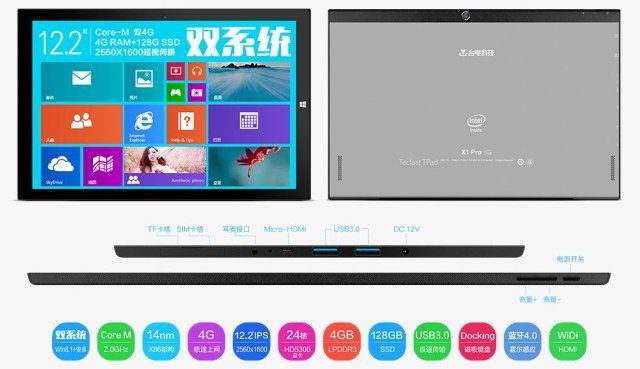 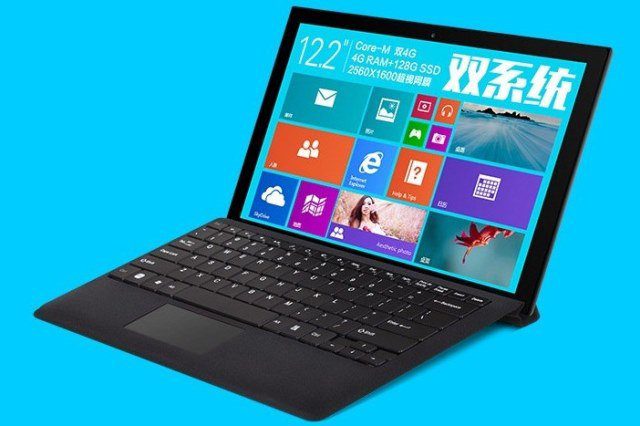 The 4G version will be slightly more expensive at the equivalent of 580€.

Indeed, Teclast X1 Pro is very impressive ! If you are looking for other tablets at affordable prices DealExtreme has a  Brand Tablets Up to 50% OFF+ Extra 5% OFF just use Coupon Code: Tablet5A .