Cancellation of ARM and change to Kryo cores made ​​in 14nm FinFET process, faster clock speeds and implementation of the solution Symphony System Manager, designed to ensure better separation of tasks between the different components – this is the most important facts about the new Qualcomm Snapdragon 820. 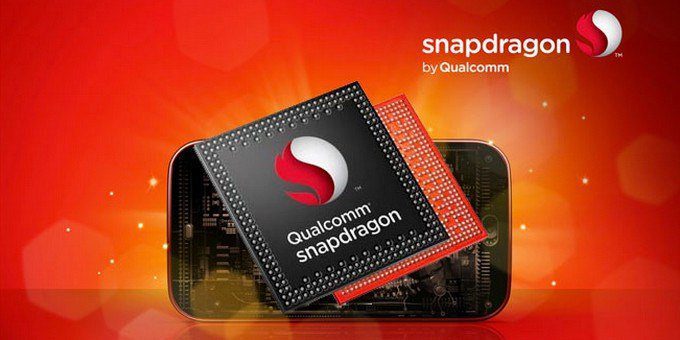 The fact that work on Snapdragon 820 are ongoing, known for a long time. Indeed, there is no shortage of speculation even on smartphones, which could use it. The first is to be allegedly Xiaomi Mi 5 that the sale will in March next year.

Only now Qualcomm publicly presented details of the Snapdragon 820. The company abandoned its cores from ARM, who co-created the Snapdragon 810. In their place they appeared a Kryo CPU, consisting of four cores. Will be the first 64-bit produced by Qualcomm. This is obviously not the first time that the company uses its own cores. So it was in Snapdragon 800, 801 and 805, where they found Krait cores.

Kryo will be clocked at 2.2 GHz and manufactured in 14 nm FinFET process. The cores will be integrated Adreno 530 graphics processor signal (DSP) Hexagon 680. Qualcomm has announced that thanks to the use of copyright SoC cores will be twice better manage energy than a Snapdragon 810, will be also two times more efficient than its predecessor. 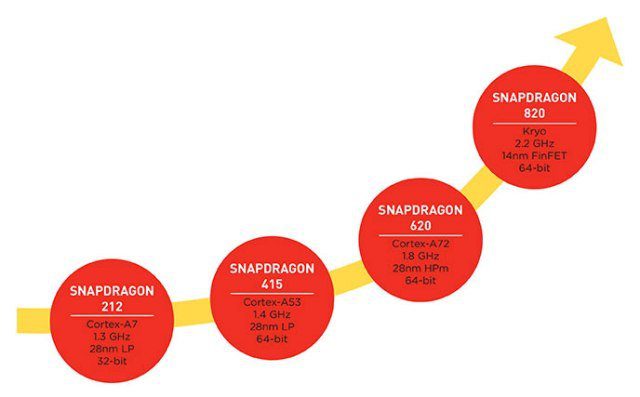 The fact that these are not idle boasting, provides a perfect score Snapdragon 820 in the benchmark AnTuTu – 83 774. Octa-core system was tested in a device called Green Orange X1 Pro with 4 GB of RAM, 64 GB of flash, the camera 16 megapixels and the system operating Android 4.4 .2 KitKat. It should be kept in mind that the result achieved would likely be worse if tests were carried out on QHD resolution (1440 × 2560 pixels) instead of the Full HD (1080 × 1920). 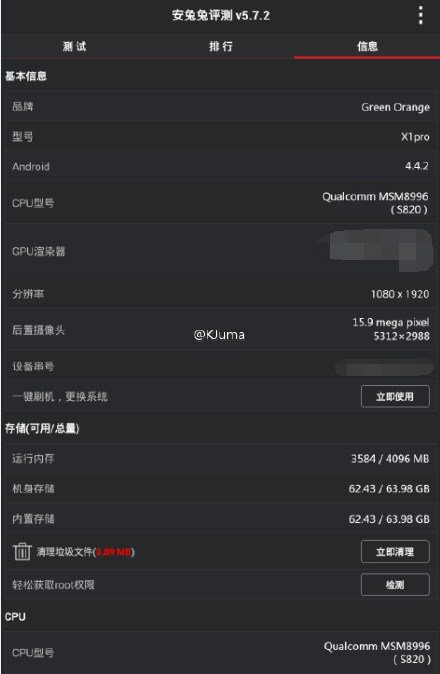 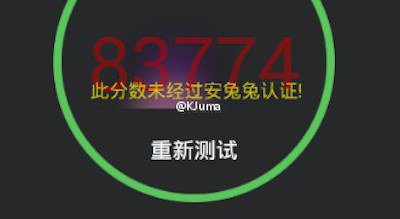 Qualcomm in its new processor also implements a solution called Symphony System Manager. It will be responsible for better sharing of tasks between the CPU, GPU and DSP, as well as other components. According to the manufacturer’s Snapdragon 820, it will allow for even better performance and greater energy efficiency. “Symphony is designed to manage the entire system-on-chip in different configurations so that the most efficient and effective combination of processors and specialized cores are chosen to get the job done as quickly as possible, with the least amount of power. For example, when a user is taking a picture, Symphony responds to the system demand making sure that the right components are powered up running at the needed frequency and only as long as needed. These components include CPU, Spectra ISP, Snapdragon Display Engine, GPU, GPS, and memory system. – says Qualcomm.

Regardless of how powerful, efficient, yet cost-effective will be the Snapdragon 820 people who plan to purchase a smartphone with this particular arrangement it is to be hoped that in his case are not repeated problems with overheating, which took place on Snapdragon 810.