SJCAM SJ7 STAR Vs GoPro HERO6: Which one you should buy?

SJCAM is a popular manufacturer of 4K-enabled action camera. The company recently released SJCAM SJ7 Star with plenty of features such as 2-inch touch display at a budget price tag. GoPro is also a popular company dealing with action camera. The recently released HERO6 includes advanced features when compared with the previous counterparts. In this article, we will drill down the features and specifications of both cameras with suggestions.

The SJCAM SJ7 STAR is equipped with a 2-inch LTPS touch display, Ambarella A12S75 processor, Sony IMX117 CMOS sensor with support for 166-degree super wide angle FOV. The camera is powered by a 1000mAh battery and provides support for motion detection and WiFi. The camera offers support for up to 64GB storage. 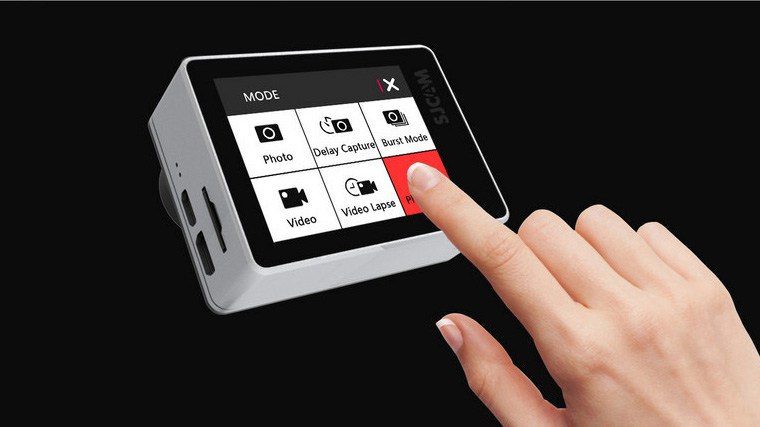 With SJCAM SJ7 STAR, it is possible to capture images up to 16M starting from 3MP. The camera enables you to shoot videos at various frame rates. As part of the Halloween Party sale, the SJ7 Star is available for a limited time at $179.99.

The GoPro HERO6 ships with a 2-inch display with touch zoom functionality. The integrated GP1 chip provides the capability to deliver 2x performance when compared with HERO5 alongside enhanced image quality. With GoPro HERO6, you can capture images up to 12MP. However, the SJ7 Star enables you to shoot images up to 16MP. It is possible to capture 4K videos at 60fps and FHD videos at 240fps.

Moreover, the camera is water-resistant up to 10m without any need for a special case with support for GPS, voice control, and HDR. The camera is integrated with 5GHz Wi-Fi to enable you to copy the content easily to your smartphone.

Even though the GoPro HERO6 ships with advanced features, the ability to capture only 12MP images is a bit con when compared to SJ7 Star. The SJCAM SJ7 Star is available at a budget price of $179.99. The price will be further reduced if you apply Sjcam promo code SJ7.

The main competitor to SJ7 Star is the GoPro HERO6 camera, which ships with advanced video stabilization capabilities. However, you need to shell out $499 to purchase the camera, which is very expensive. However, the cost will be high if you add bundle packages. The end result is you will be required to invest more than $500 to purchase the GoPro HERO6.

Do you really want to pay $320 more for an action camera when the almost same features are available in SJCAM SJ7 Star camera? It’s true that SJ7 Star doesn’t ship with advanced stabilization techniques but the cost is comparatively low. However, the Sj7 Star includes Gyro anti-shake mechanism to stabilize videos.

The output produced by the two cameras will be almost the same. The only point is related to the cost. Why not you save $320 for the purchase of other gadgets? And you, what do you think?