The DX30 is supplied with an interchangeable WLAN module (in the M.2-2230 slot) with an external antenna. Gigabit LAN is also present via the RJ45 port with an Intel i211 Ethernet Controller. In addition to Wake-on LAN, the new model can also be started via a remote power-on connection. If a specific jumper is removed on the mainboard, the device always starts automatically as soon as it is supplied with power.

On the outside, spread across the front and back, the user has access to 1x HDMI, 1x DisplayPort, 2x USB 3.0, 4x USB 2.0, a card reader, 1x RJ45, 1x PS/2 and 2x RS-232. The PVG01 adapter cable, which is available separately, can be used to replace one of the serial interfaces with an additional VGA slot.

DX30 is a fanless Slim PC barebone and support VESA bracket. Retail price for the DX30 is EUR 172.00 (excluding VAT). 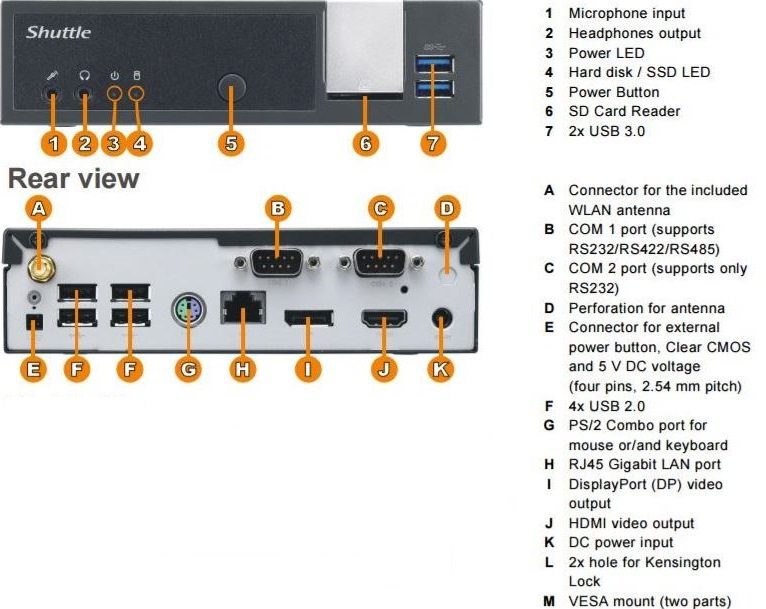