A new version of the Remix OS has been released this month the form of Remix OS 1.5, that is based on Google’s Android 5.0 mobile operating system. Remix OS is a custom version of Android designed to make Google’s smartphone and tablet operating system feel more like a desktop and notebook OS. It features a taskbar, customized home screen and notification areas, and support for running multiple apps in windows that you can move around the screen.

Now Jide is working with other companies to bring Remix OS to additional tablets, and Jide has released Remix OS 1.5, which is based on Android 5.0. Jide has also released a version of Remix OS that you can download and install on a Google Nexus 10 tablet. A Nexus 9 ROM is also in the works, but it’s not ready to go just yet. 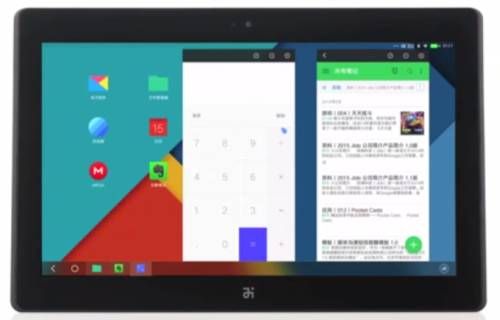 New features within the latest Remix OS 1.5 operating system include:

Check out this video that gives a sneak peek into a bunch of cool new features in new Remix OS 1.5. For more information on the new Remix OS 1.5 jump over to the official website for details.