During this year’s IDF 2015, Ramos presented a proposal for a hybrid running under Windows 8.1, the heart of which is a system belonging to the family of Intel Core M. In early January, we have described the first mention of Ramos M12, but let’s look at it a little closer. That’s pictured below and should be coming soon. 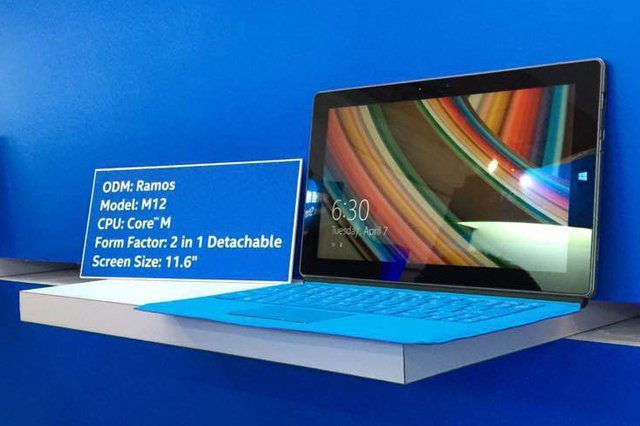 Ramos M12 working under Windows 8.1. Hybrid is equipped with a 11.6-inch screen on which the image is presented in Full HD (1920 x 1080 pixels). Touch matrix was made with IPS technology and provides a wide viewing angle, high contrast, and good color reproduction. Ramos M12  features a full HD display and a 1.1 GHz Intel Core M-5Y70 processor. While the Core M-5Y70 is a low-power chip with a TDP of just 4.5 watts, it’s a dual-core processor with turbo speeds up to 2.6 GHz and a 14nm design based on Intel’s Broadwell architecture. 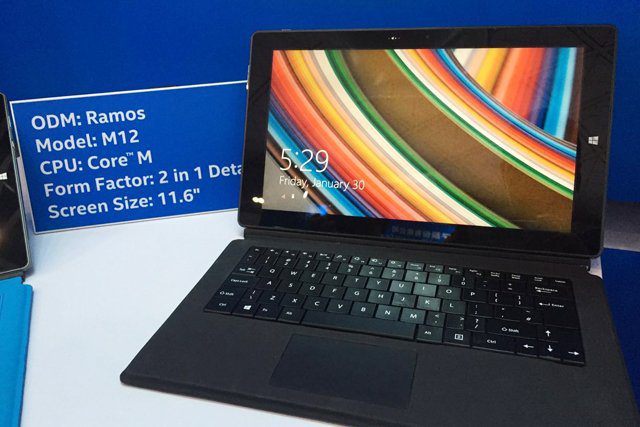 Ramos M12 features Intel HD 5300 graphics, an 8000 mAh battery that’s said to be good for up to 10 hours of use, micro HDMI and USB 3.0 ports. The metallic rear side gives the tablet an instant premium feel. It comes with an adjustable kickstand and it’s a 2 in 1 device. Ramos M12 uses a detachable keyboard and integrates a front camera as well. The M12 tablet has a brushed metal blue case, with an eye catching design and fine craftmanship. 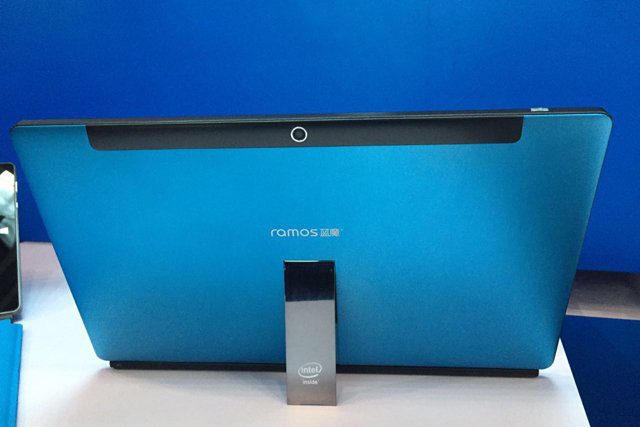 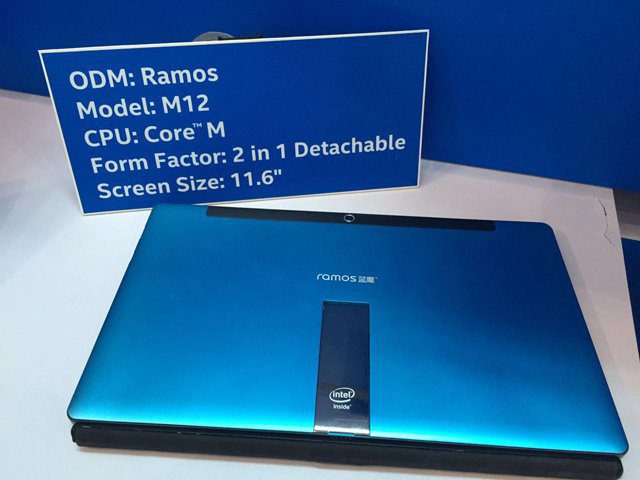