The Taiwanese manufacturer Quanta works obviously already on the next generation of Windows based HDMI Sticks based on the Intel Core M Strompar processor, which is usually 2-in-1 devices used mainly in large tablets, and ultrabooks. This compute stick called Quanta NH6. 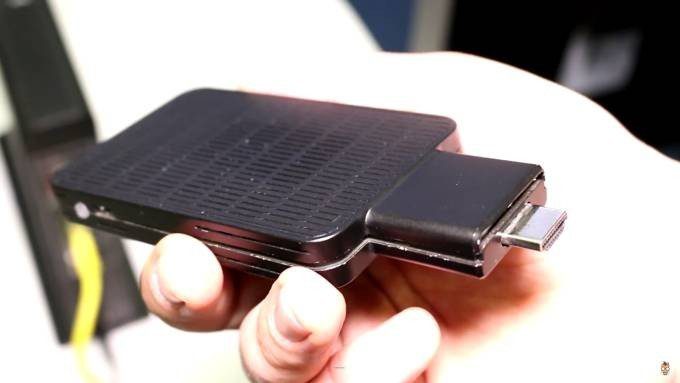 The device features an HDMI connector, a USB 3.0 port, a USB-C port, and a micro USB port (for power), include Gigabit Wi-Fi. It also has a microSD card slot. Quanta NH6 has Intel Core M to 5y10 or 5y10a, which can offer significantly better performance than the Intel previously used in Intel Compute Stick and similar stick-PCs for the HDMI port Atom “Bay Trail” – SoCs. 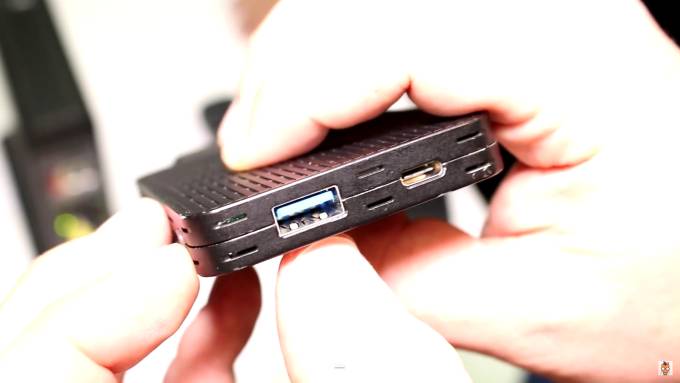 The folks at Mobile Geeks spotted the Quanta NH6 at the Computex show in Taiwan this week.

The operating system is specifically Windows 10 called – in addition to Windows 8.1.

Recently we presented the roadmap of Intel’s Compute Stick. Cedar City – code name for the specification presented compute stick was equipped with an Intel Core M. Can not be concluded that Quanta NH6 fully mapped Cedar City will NH6 is a prototype so the exact details will be announced later. Intel’s Compute Stick roadmap suggests the Cedar City model will ship with 4GB of RAM, 64GB of SATA storage (which is faster than the eMMC storage available in current models), 802.11ac WiFi, USB 3.0, and Windows 10 with Bing software.