The next edition of the new model ONDA V919 3G Core M tablet feature Dual OS, and it would be the most powerful dual boot tablet to date. ONDA V919 3G Core M has two systems: Android 5.1 and Windows 10. Not only will the tablet have an OS selector on its boot screen, OS switching is also very easy, users only need to press a virtual button on the screen to accomplish that. 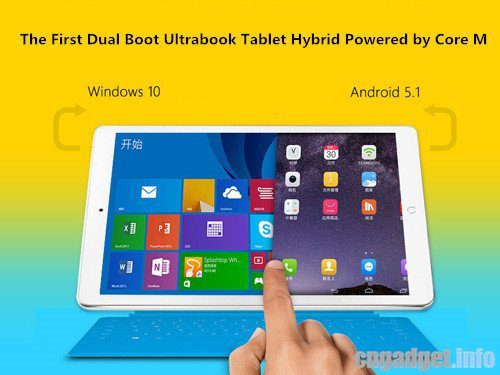 As for the hardware, the V919 3G Core M Dual Boot features a 9.7-inch IPS Retina display at the resolution of 2048*1536, a Intel Broadwell Core-M 5Y10c processor (dual core CPU and HD5300 GPU), 4GB RAM, 64GB SSD and dual cameras. ONDA didn’t reveal the exact date of the tablet’s retail release, but it is expected to be some day in late July. 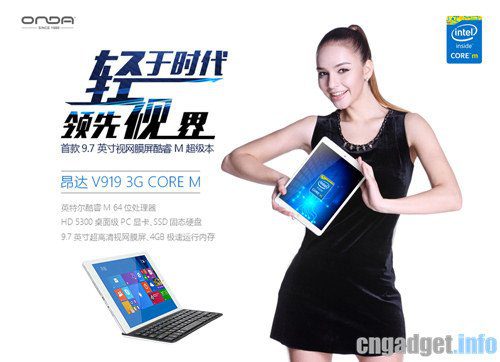 In addition, you will be able to buy a docking station with keyboard by means of which the tablet will act as a laptop (hybrid 2 in 1).