In early February, we reported on the development board from Hardkernel (Hardkernel co., Ltd.) called ODROID-C2. The ODROID-C2 is a 64-bit quad-core Single Board Computer (SBC) that is one of the most cost-effective 64-bit development boards available in the ARM world. The ODROID-C2 is dev board based on Amlogic S905. Hardkernel decided to launch sale ODROID-C2, exactly in the same day as Raspberry Pi Foundation also decided launch your latest Raspberry Pi 3 board. Coincidence, we do not believe 🙂 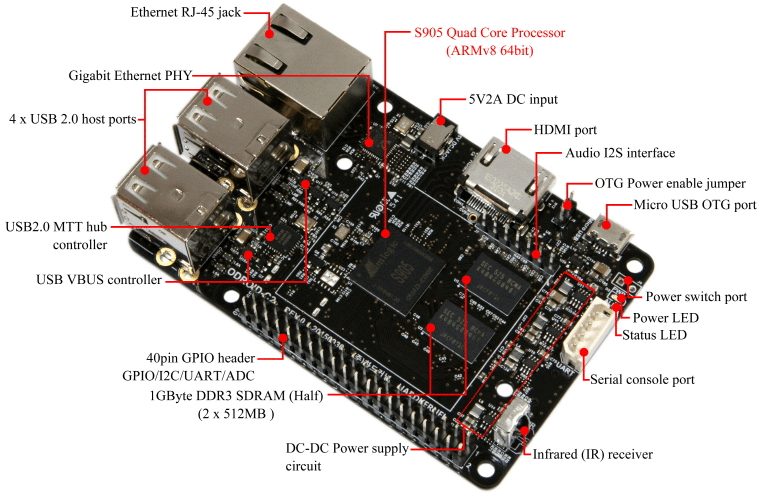 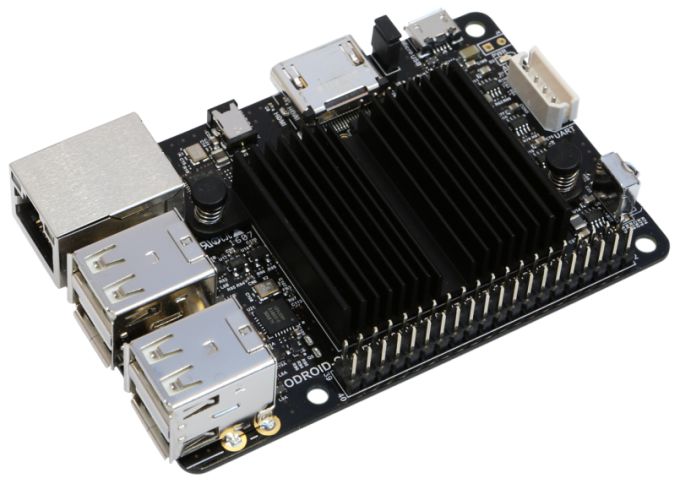 ODROID-C2 can be pre-ordered for $40 + shipping on Hardkernel website, as well as via distributors such as Ameridroid with shipping scheduled for March 4, 2016.

While the ODROID-C2 costs $5 more than a Raspberry Pi 3 ($35), it does have a faster processor, twice as much memory, Gigabit Ethernet, and a number of other features which could make it faster than the new Raspberry Pi:

The Hardkernel ODROID-C2 also can support eMMC 5.0 and/or microSD card storage. If you want an eMMC module, you’ll need to pay $18 to $59 extra to get a model configured with 8GB to 64GB of storage. The Raspberry Pi 3 also has some advantages with Built-in WiFi and Bluetooth, SPI support, and composite video and stereo audio output (ODROID-C2 also has composite output but it needed to be soldered).