Today we are pleased to show you a review NEXBOX N9 TV Box, which was equipped with a new chipset from Rockchip called Rockchip RK3229. Is the TV Box with RK3229 will run as efficiently and well as TV Box with S905, check it. Also in this review we want to bring you the features and impressions of using NEXBOX N9 and answer the questions: how NEXBOX N9 TV Box works in normal use, how copes with video playback at 4K , whether appeared any problems and whether you should buy NEXBOX N9?. We invite you to read. Together, we follow the standard stages of our review.

I want to say thanks to NEXBOX company for sending us a NEXBOX N9 TV Box to review. NowNEXBOX N9 Android TV Box is available on on TOMTOP for $27.32 and Geekbuying for $29.99. 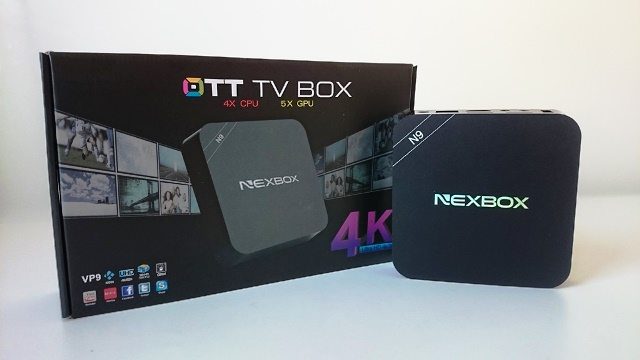 The following video from our YouTube channel where you can take a look at more NEXBOX N9 TV Box andbundled accessories.

At the bottom of the device there are rubber pads to prevent shifting. The NEXBOX N9 also has holes for the discharge of hot air. Below also remote control.

Booting Android to the “home screen” takes about 00:36.9 seconds. “Home screen” launcher N9 looks very simple, easy to use and familiar. In addition to the remote control I used a standard keyboard and mouse, MINIX A2 Lite. Unfortunately I could not use my favorite Xiaomi gamepad because NEXBOX N9 does not have bluetooth. You can also use simpler launcher (available in settings) 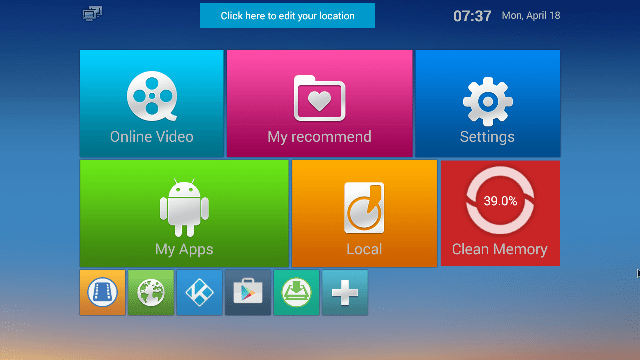 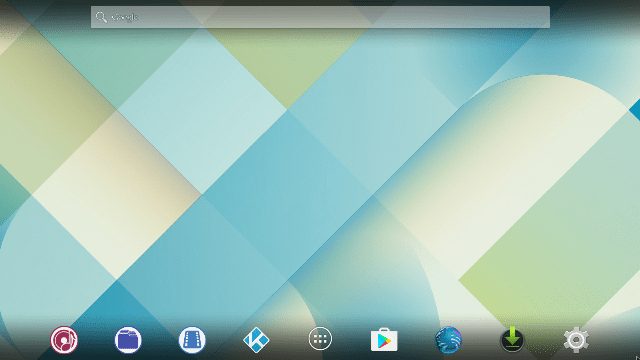 Launcher includes icons in different sized, enabling available for the most important functions, inter alia: Online Video, My Recommend, My Apps, Local, Settings etc. and also as at the top of the screen found a Clean Memory app. Unfortunately, you can set the location on the main screen. The device worked in the resolution of FHD 1920×1080 (1080p 60Hz) but you can also adjust the preferred resolution (also 4K) or set the auto mode. Sadly lacking options reboot, the device can only be turned off. After switching off the device with a remote control or mouse to the PC, not off the LED on the device. 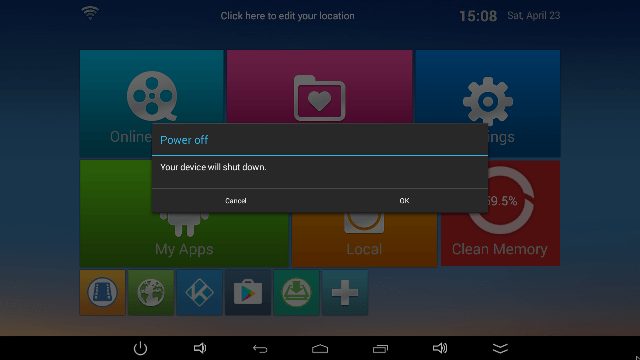 NEXBOX TV Box has also DLNA, Miracast and Airplay. I had no problem with Ethernet and WiFi connection to my router and to Internet. Below screenshot from SPEEDTEST. In the specification, you can see that the N9 has 8GB of internal memory, but internal storage was divided into 1.91GB and 4.15GB (screen below).The remote control and A2 Lite works without a problem. Everything worked stable and quickly without delays, but sometimes there were problems with applications (return to the main screen). The biggest problem was with Kodi 16.1. After switching Kodi 16.1 and attempt to retrieve a sample of the video, device did reboot. Below a some screenshots.

The NEXBOX N9 TV Box has Kodi 16.0 Jarvis version with addons and skin. TTo test also installed Kodi 16.1, but there were problems with the action. The device worked unstable (frequent reboot). 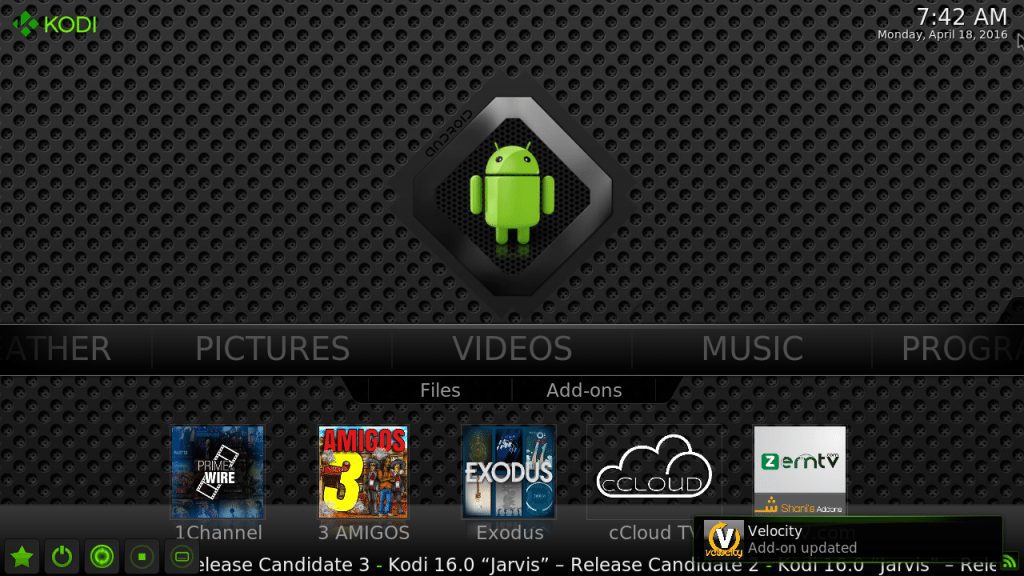 On NEXBOX N9 you can play in simple games. Unfortunately, the most well-known and newer versions are not compatible with the device, it can also have here affects Android 4.4. In contrast, we were able to play Beach Buggy Blitz (without a Xiaomi gamepad, no bluetooth). 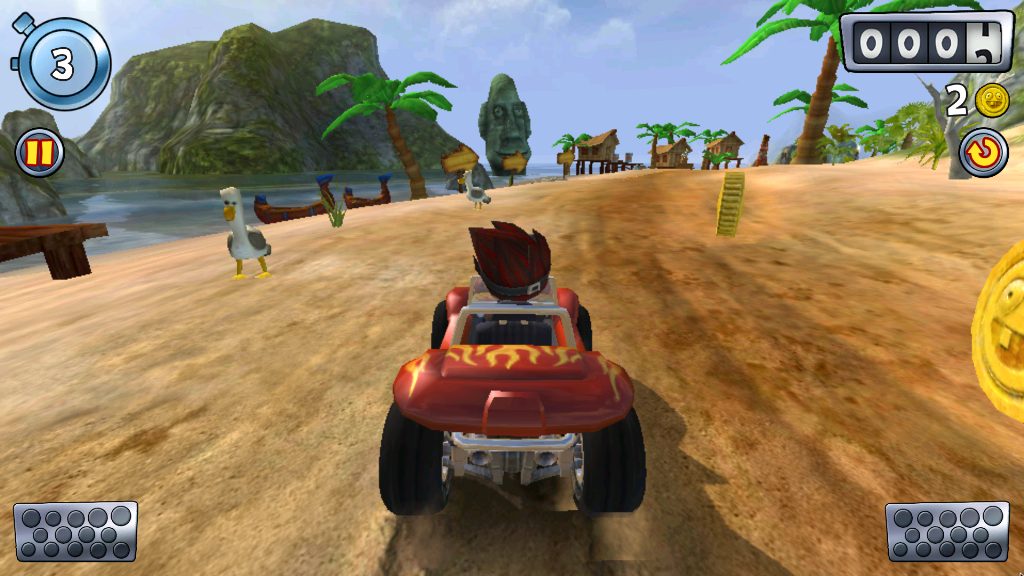 After using the DRM info (app) we know that N9 TV Box not supported Google Widevine Moudlar DRM, and unfortunately does not supported Microsoft Playready DRM. 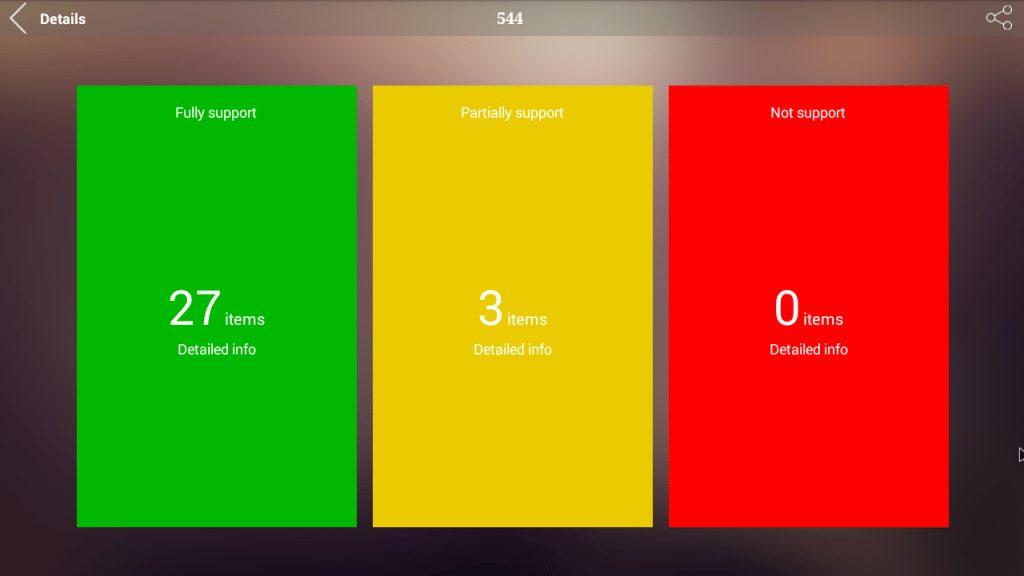 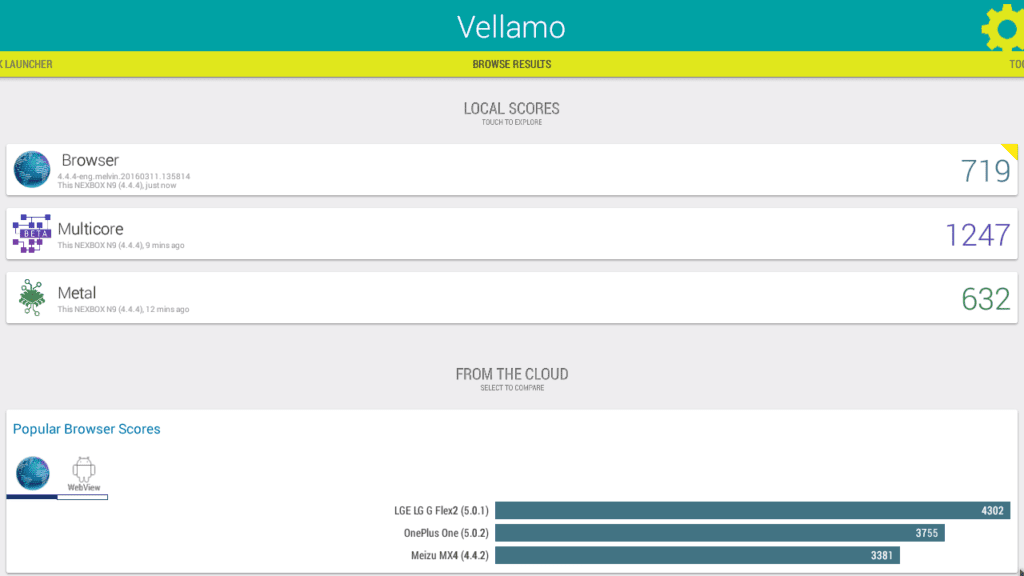 The NEXBOX N9 is a TV Box equipped with a new RK3229 chipset. Plays typical video content in 1080p and copes well with the video in 4K (also with 60fps). The N9 TV Box has nice and an easy to use UI which provides quick and intuitive access to key features. Unfortunately, the firmware has currently compatibility problem with some games. We hope that the manufacturer will soon prepare firmware in which this problem will be fixed. Unfortunately, also it has a few minor bugs. NEXBOX N9 has potential, but needs support firmware. Unfortunately, N9 does not have bluetooth, so if you want to play games you need to purchase a gamepad with USB receiver. The device has 4 USB ports (big PLUS) easily connect accessories without using a USB hub. A strong advantage is also its price it costs less than 30USD. Once again I want to say thanks to NEXBOX company for sending us a NEXBOX N9 sample. If you are looking a TV Box with Rockchip RK3229 chip, which copes well with play most video files and 4K, promised firmware update and do not want to undermine its own budget – NEXBOX N9 is for you.