As you know CES 2016 brings many new products, further revelations unveils Intel and added to own portfolio of 5 new Intel Compute Sticks. Recently we wrote about PC-on-a-Stick from ZOTAC, while Intel is introducing two models based on Intel Atom x5-Z8300 Cherry Trail processor, and three more power and expensive models based on Core M Skylake processors, called Core m3-6Y30 and Core m5-6Y57 vPro. 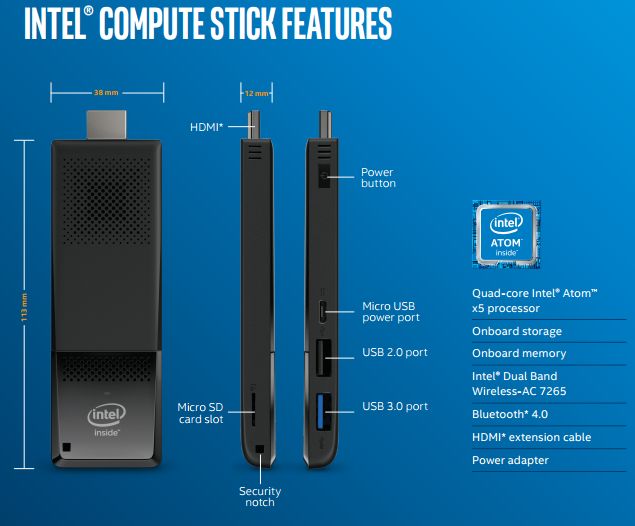 The difference is that the STKAW32SC comes with Windows 10, while the STK1A32SC ships without an operating system. Intel says that a model with an Atom Cherry Trail processor and Windows 10 will be available in the first quarter of 2016 for $159, which is about $10 more than the initial price for the original Intel Compute Stick with a Bay Trail processor. 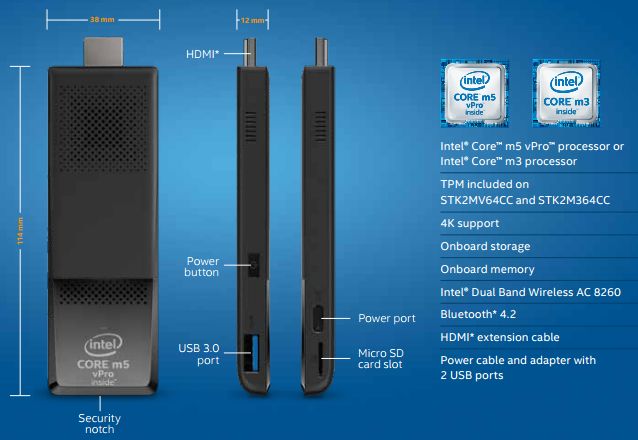 While the Core M chips have 4.5 watt TDPs, the product pages for the Compute Sticks show 12 watt TDPs. Only STK2m3W64CC model will come with Windows 10, the other two models (STK2mv64CC and STK2m364CC) will be available without an operating system. Intel says the new stick should support Linux or Windows. Comparison of all existing and new Compute Sticks on Intel website (here).