New Chromecast (2nd generation) as the previous is used to video streaming. Chromecast Audio version, will check in the wireless transmission of music. 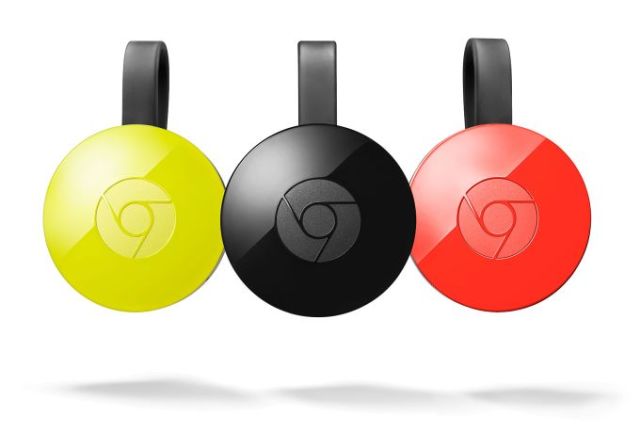 Chromecast for video works similarly to the first version of which debuted on the market in 2013. Thew new Chromecast is a small circle with an integrated HDMI cable. We strapped it to the TV through the HDMI port – and then the magic begins, accompanied by an official mobile application. Importantly, Google has maintained the price at the same level for $35.

The device is completely redesigned, now plastic and round. It’s not like “dongle,” with which we had contact previously. HDMI connector was located at the end of a fairly long and flexible cable through which not only wipes out any mechanical damage, but also – according to Google – we reduce the potential signal interference. In the middle Chromecast, Google placed a Wi-Fi module that supports 802.11ac standard and frequency of 5GHz, supported by three different antennas optimized for streaming. Despite some earlier reports, it appears that the new model supports 1080p content, but not Ultra HD 4K video. 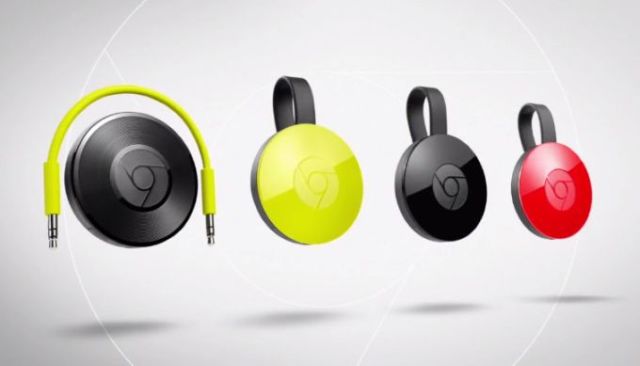 Google also says Chromecast-compatible apps will also start launching apps more quickly thanks to a new Fast Play feature that allows a Chromecast to automatically detect when you launch an app like Netflix, and begin loading it in the background, or to start downloading a small portion of the next episode of a TV show after you finish the first in order to minimize the amount of time you have to wait for content to load.

Chromecast Audio is a small dongle that you can plug into any speaker with a 3.5mm, RCA, or optical audio jack. Then fire up any audio app on your mobile device, hit the cast button, and audio starts playing on you speaker. 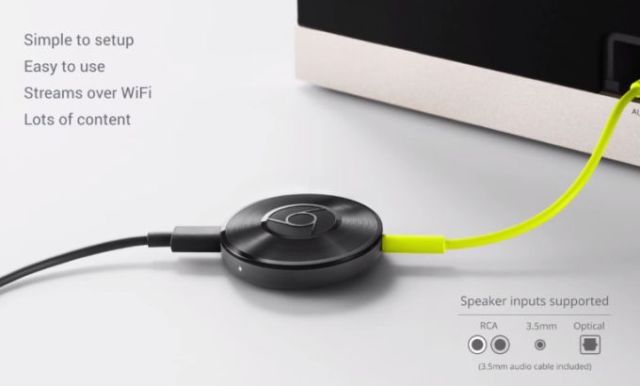 The new Chromecast (2nd-gen) and Chromecast Audio is available for $35.