The Rikomagic MK80 is a TV Box with an Allwinner A80 octa-core processor, at least 2GB of RAM and at least 16GB of storage. Normally it ships with Google Android software, and the MK80 is designed to connect to your TV to let you run Android apps and games on a big screen.

But the folks at the UK-based CloudsTo store are selling an Rikomagic MK80LE (Linux Edition) which runs Ubuntu instead of Android. 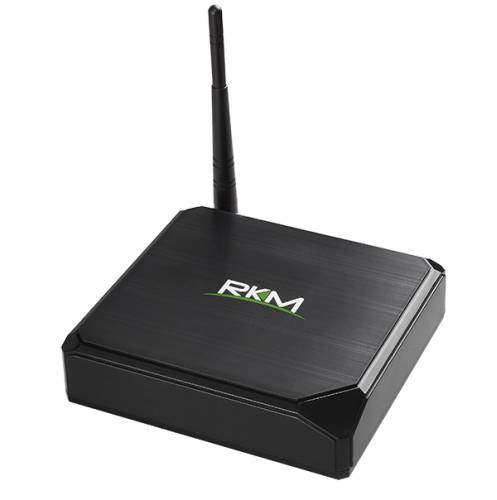 The Rikomagic MK80LE features 802.11ac WiFi, Bluetooth 4.0, Gigabit Ethernet, 1 USB 3.0 port, 2 USB ports, an SD card slot, and a SATA connector that lets you plug in an external hard drive. The Rikomagic MK80LE runs Ubuntu 14.04 Linux and supports hardware-accelerated video when using the VLC media player. As far as I’m aware this doesn’t mean that all Ubuntu apps can take advantage of the computers PowerVR G6230 graphics, but it does at least mean that you shouldn’t have problems playing HD video.

If you want a device with fully hardware accelerated graphics you might be better off picking up a mini-computer with an Intel processor rather than an ARM-based chip.