Another portion of news from MeLE. Recently we showed you a new PC on-a-stick from MeLE called MeLE Star Cloud PCG02-U. Mini PC Stick runs on Ubuntu OS (14.04 LTS) and also is equipped with an Intel Atom Bay Trail Z3735F processor. MeLE has also prepared a PC Stick called MeLE Star Cloud PCG01-U having a similar specification, but only equipped with 1GB of DDR3 RAM and 16GB eMMC memory, but in both cases it will be possible to expand the interior space with a microSD card slot. Both mini PC Sticks are besides wireless have Ethernet RJ45 ports. The device will be available in orange and black. 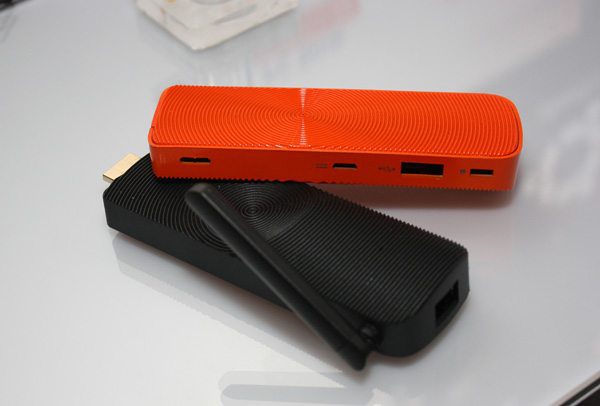 MeLE also not forget the typical format mini PC – set top box and also prepared a device running on Ubuntu called MeLE Star Cloud PCG61-U. A big plus for Mele company for the preparation of devices running on Ubuntu OS. So far we have seen devices operating on Windows 8/10 and Android, why the line device with Ubuntu pleases the eye :-). New Star Cloud PCG61-U is equipped with Intel Braswell Celeron processor. 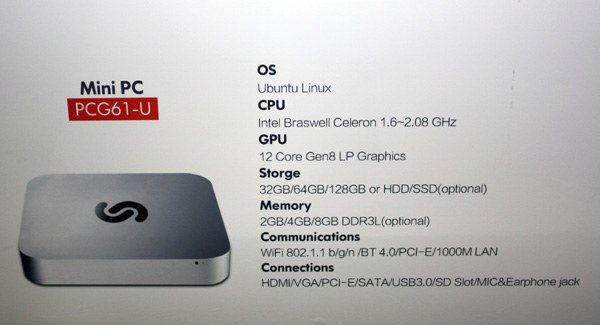 Mass production of MeLE Star Cloud PCG61-U is expected at the end of May. At the moment, it has not been established that the price will certainly depend on the selected specications. We hope that soon devices will be available in the official MeLE store on Aliexpress. If anyone is interested this mini PC and PC Sticks you can contact with the MeLE sales team (Isaac – Sales Manager) vie email (sale5@mele.cn). More information about the PCG01-U, PCG02-U and PCG61-U can be found on video recorded by Notebook Italia during Hong Kong Electronics Fair 2016.