There are more and more TV Boxes on the market equipped with Google Android TV OS. In addition to the Xiaomi Mi Box, which started this trend, we showed you some TV Boxes and the popular A95X Pro. We have a new Android TV Box for you called MECOOL KM8 ATV (Android TV). Now MECOOL KM8 ATV is available on Gearbest (from 07/23 to 07/30 UTC+8 Beijing Time) for $59.99 with coupon code: GBKM8 + free shipping (only 840pcs). MECOOL KM8 ATV promo website. 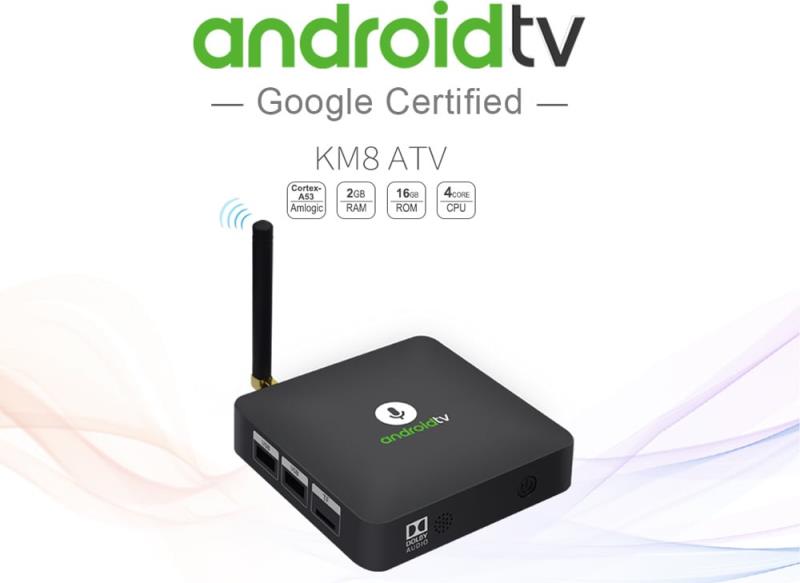 As you can see, MECOOL is a brand that has a huge, really huge number of different TV Boxes in its portfolio (with different SoCs and Androids – pure Android and Android TV). Now the brand is launching a new TV Box with Android TV OS called KM8 TV Box which is a Google Certified Android TV Box. Earlier, you could get to know some TV Boxes from MECOOL with Android TV OS (MECOOL M8S PRO L review), but there was no information on them that TV Box is certified by Google. You can now state that the MECOOL KM8 ATV powered by Amlogic S905X is a strong alternative to the Mi Box. It has an Ethernet port as well as runs on Android TV 8.0 Oreo (just like Mi Box) and also has 2GB RAM and 16GB eMMC storage. It works identically like Mi Box. The KM8 TV Box via remote control also supports Remote Voice Control (as in Mi Box) which support voice commands. How it works, speak into the voice remote control, the TV Box will search for what you want. Simply press and hold the voice control key to activate voice function, when you see the “Try saying” on the screen, speak into the microphone, for example, ” The latest action movies”. TV Box also works with the “Android TV Remote Control” application (from Google Play store) installed on a smartphone and tablet. 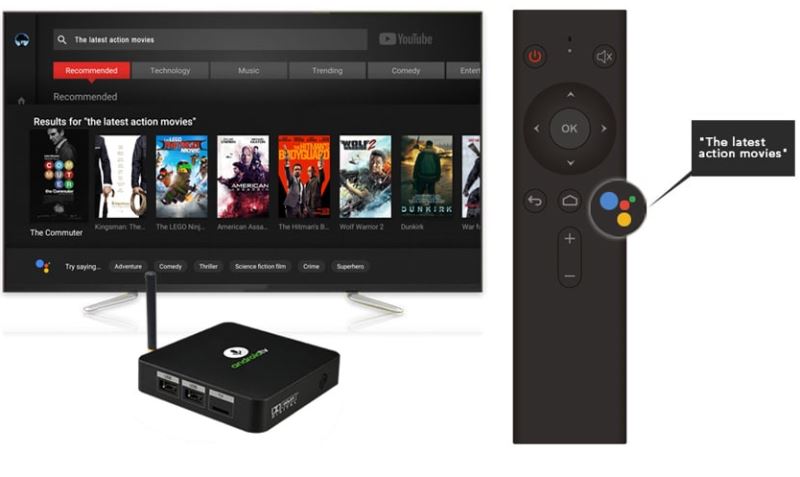 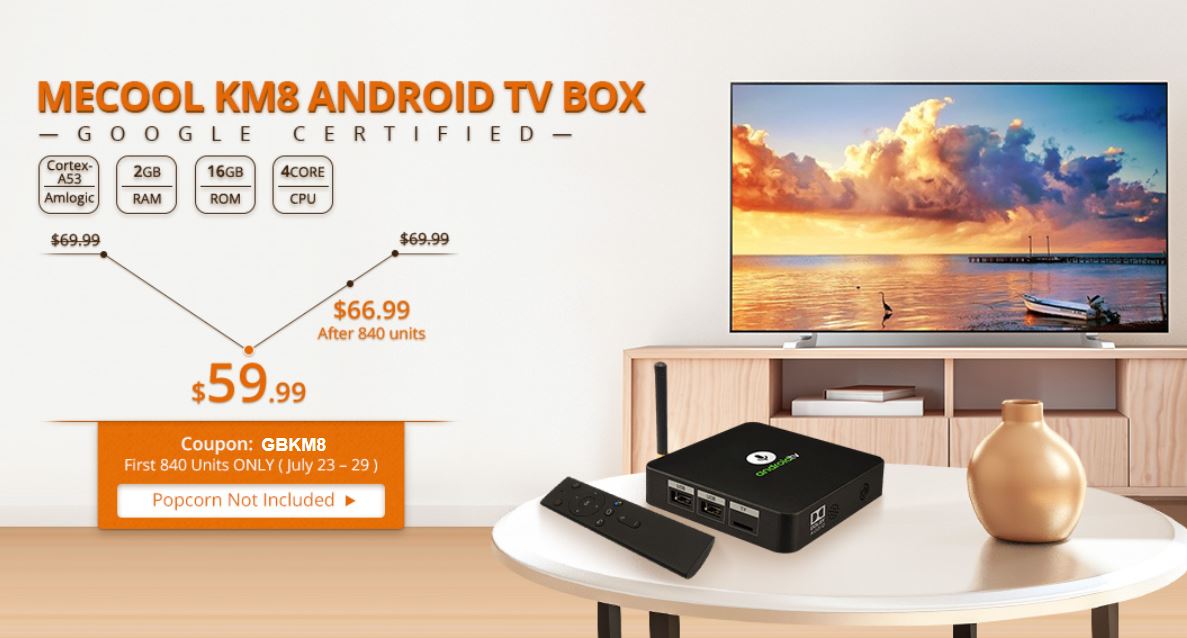