The network emerged materials promoting new tablet Lenovo – Yoga Tablet 3. Upleaks (@upleaks) published on Twitter promotional materials dedicated to the tablet from Lenovo called Yoga Tablet 3. On the pictures we can see that the device has a base known to us in this series of tablets from two speakers. An interesting new feature is, however, rotating camera, which is located within base. In addition, the battery in the tablet is intended to provide up to 20 hours! 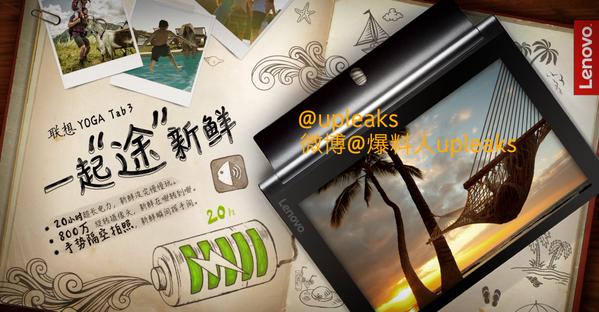 According to information provided by @upleaks that premiere new tablet Yoga is to take place in September, so most likely early next month – during the Berlin IFA 2015 which will be held from 4-9.09. Yoga Tablet 3 will be available with a screen diagonal of 8″ and 10.1″. 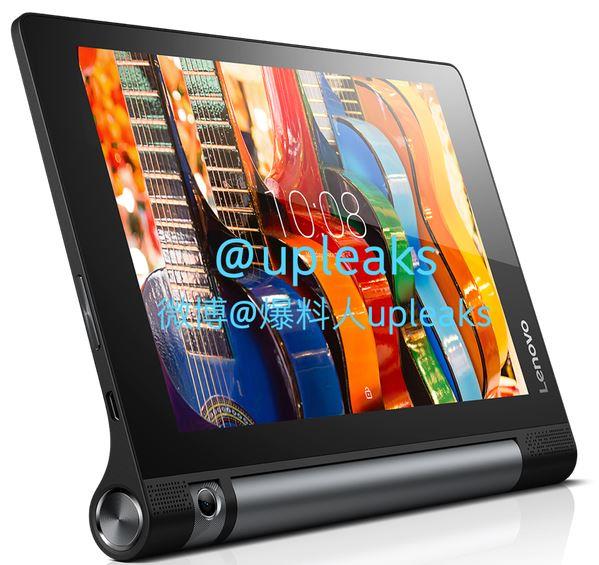 Complete technical specification is not known, but we know that Lenovo tested the Yoga Tablet 3 of budgetary processor Qualcomm Snapdragon 210, and the screen has a resolution of 1280 x 800 pixels. Though it is possible that sales versions of the tablet will be equipped with more powerful components.