Both the Core i3 and Core i5 models are getting SDXC card slots, and will have full-sized HDMI output instead of mini-HDMI, supporting 4K video and 7.1 surround sound. Otherwise, the specs are similar to previous Broadwell-based kits, with two USB 3.0 ports in front, two more in back, Mini DisplayPort out, ethernet, 802.11ac Wi-Fi, and Bluetooth 4.1. Each model measures about 4.5″ x 4.3″ square and supports user-replaceable third-party lids which can add functionality such as NFC, additional USB ports, or other ofeatures. Also support VESA mount. Intel says the new NUC models officially support Windows 8 and later and should work with Ubuntu, Linux Mint, Fedora, and OpenSUSE as well. 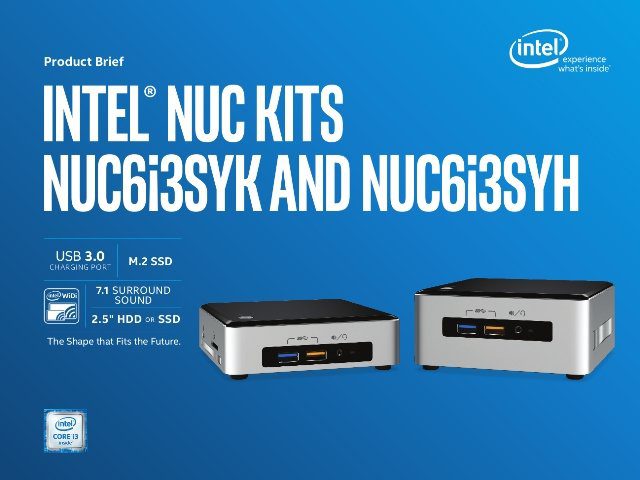 The Intel NUC Kit NUC6i3SYH features a 15 watt Core i3-6100U processor, Intel HD graphics 520, support for up to 32GB of DDR4-2133 MHz memory, an M.2 SSD card slot and support for a 2.5 inch hard drive or SSD. Intel’s NUC Kit NUC6i3SYK is a slimmer model that lacks the 2.5 inch drive bay, but which otherwise has pretty much the same features as the larger model. 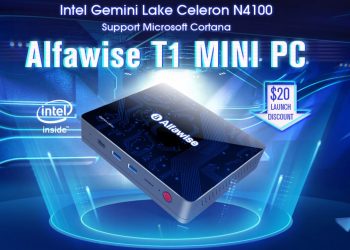