Most of you know what it is Intel Comput Stick, but for those who have not yet caught up, please note that the Intel Compute Stick is a tiny computer-on-a-stick that’s small enough to hold in one hand or slide into your pocket. Plug the HDMI connector on one end into a display and you can turn just about any screen into a PC. 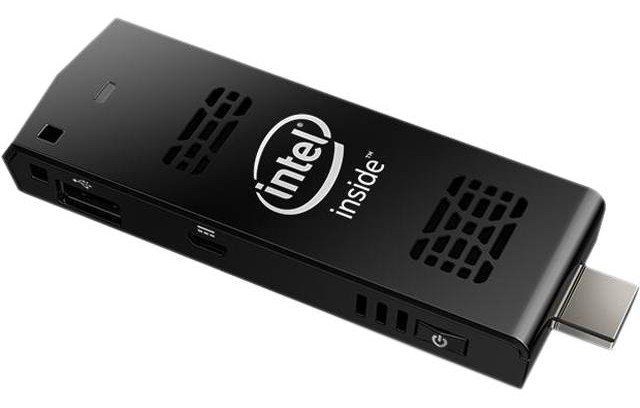 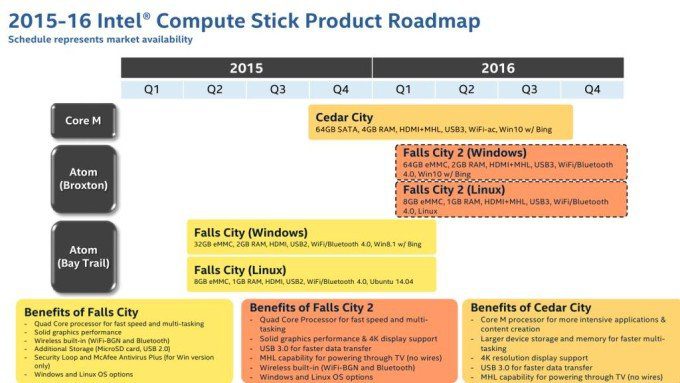 The MHL feature means the Cedar City model will be able to draw power from the HDMI port on TVs that support MHL. You won’t have to use a micro USB cable to power the stick. Intel only plans to offer a Windows version of the Cedar City Compute Stick, but I suspect you’ll be able to install Ubuntu or other GNU/Linux operating systems on your own.

In early 2016, Intel will launch Fall City 2 (code-named specification) models, which replace the current Compute Stick models. These sticks will feature Intel Atom Broxton architecture. Falls City 2 should offer better performance thanks to their next-gen processors. They’ll also feature USB 3.0 ports for faster data transfers, MHL support for connecting to a display without a separate power cable, and these models will support 4K displays thanks to improved graphics. Intel will offer Linux and Windows versions of the Falls City 2 Compute sticks. The Linux model still has just 1GB of RAM and 8GB of eMMC storage, but the Windows model will ship with 2GB of RAM and 64GB of eMMC storage.