During the IDF, Fossil unveiled three devices having a connection to the network and possessing the technology from Intel. The most important of these was the SmartWatch working under the control of the Android Wear. 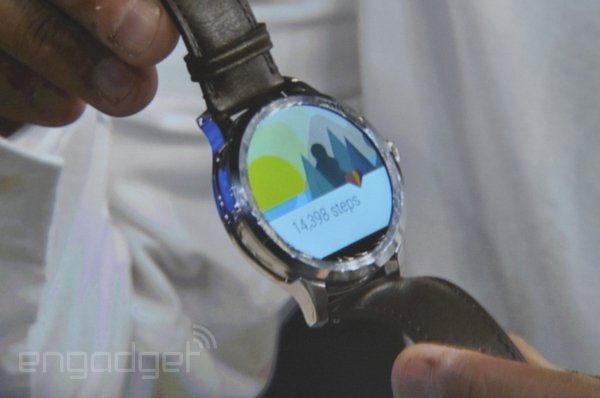 At Intel Developer Forum (IDF) today, Fossil had three Intel-powered wearable devices on hand, one of which was an Android Wear smartwatch. It looks like the offspring of a union between a Watch Urbane and a Moto 360. At IDF presented a version with a black leather strap and metal bracelet (not known whether prepared are also other versions). Shield was the enclosed silver metal finish.

We don’t know anything about the internals yet, aside from the fact it’ll run an Intel SoC. The screen is presumably an LCD of some sort, and it has that flat tire design just like the Moto 360 with the black bar at the bottom. On Motorola’s watch, that’s where the light sensor and the display drivers are. It’s probably the same deal here. 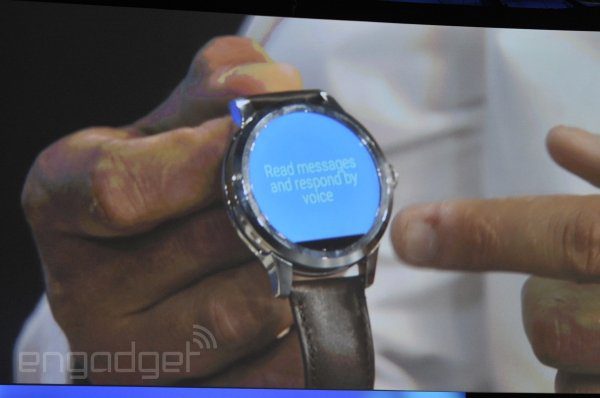 In addition to the SmartWatch Fossil also he presented the band and watch that can boast a connection to the network. Also in their case they did not disclose any details. To explore the available features, specifications and equipment prices will have to wait – it is said that even a few months.