At IFA 2015 the Lenovo company unveiled its new tablets with a series of Yoga, Yoga Tab 3 and a new tablet with built-in projector – Yoga Tab 3 Pro. 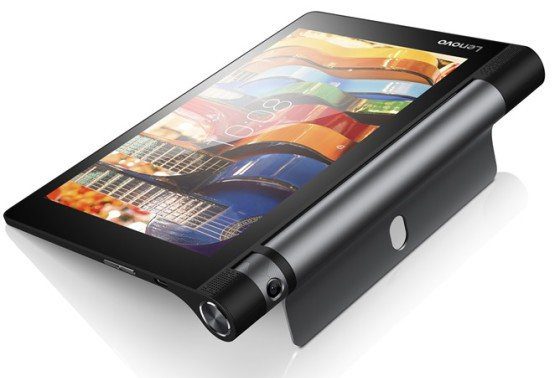 Tablets with a series of Yoga Tab 3 will be available in versions with a screen diagonal of 8 and 10.1 inches. Unfortunately, their technical specification does not knock. We are here to deal with the budgetary proposal. Tablets have screens with HD resolution (1280 x 800 pixels), and their heart is a Quad core Qualcomm processor clocked at 1.3 GHz, which is supported by only 1GB operational RAM. On the data producer has allocated 16GB which can be expanded with cards microSD.

Tablets with a series of Yoga Tab 3 is equipped with a camera 8 megapixels, which can be rotated. The solution is interesting, because in this way the camera will take a picture or conduct a video call. There will also be an optional LTE modem. Smaller Yoga Tab 3 has a battery capacity of 6400 mAh, while the 10.1-inch model has a battery capacity of 8400 mAh. The devices operate based on Android 5.1.1. Lollipop. Yoga Tab 3 8-inch will go on sale at the price of $169, and Yoga Tab 3 10.1-inch is expected to cost only $30 more. Sales of tablets is expected to begin in October. Promotional video below.

Lenovo showcased the new tablet with built-in projector and in this case we are dealing with a specific device. Yoga Tab 3 Pro has a 10.1-inch screen class IPS with a resolution of 2560 x 1600 pixels. For comparison Yoga Tablet 2 Pro 2014 years had a large, 13.3-inch display. This time, Lenovo opted for a more compact size. 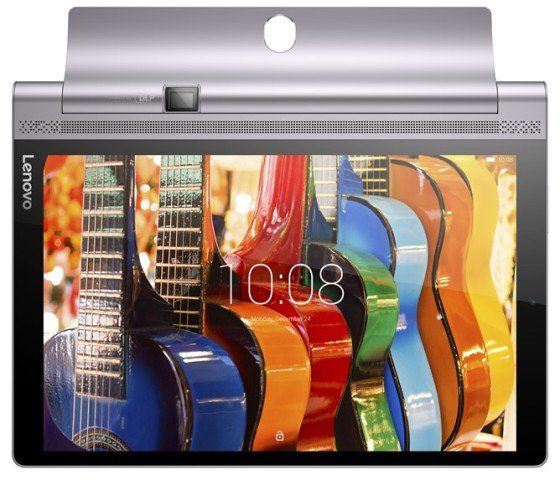 The heart of the Lenovo Yoga Tab 3 Pro is a Intel Atom Cherry Trail processor made ​​in 14 nm process technology. It is a Quad core Intel Atom Z8500 that works with a clock to 2.24 GHz. The processor is supported by 2GB of operational RAM. On the data allocated 16 or 32 GB of storage space that also, if necessary, will extend the use of cards microSD. In Yoga Tab 3 Pro we find two cameras: 5 megapixels on the front and at the back camera 13 megapixels. There were also JBL speakers with Dolby certified, optional LTE modem and battery with a capacity of up to 10200 mAh. 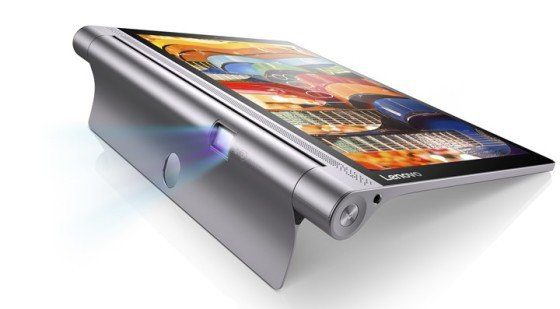 Most interesting, however is the same projector. This time, he was placed in a different location than the Yoga Tablet 2 Pro. As a result, the projector can be rotated 180 degrees. Lenovo boasts that he presented the picture may have a diagonal of 70 inches. Unfortunately, the exact parameters of the projector were not disclosed. Lenovo Yoga Tab 3 Pro will go on sale in November, priced from $499 for the model with Wi-Fi and 16 GB of data. Promotional video below.