During the Berlin IFA 2015, Alcatel boasted a budget tablet called Alcatel Pixi 3 (10), which has, among others, 10.1-inch display and quad core processor MediaTek. 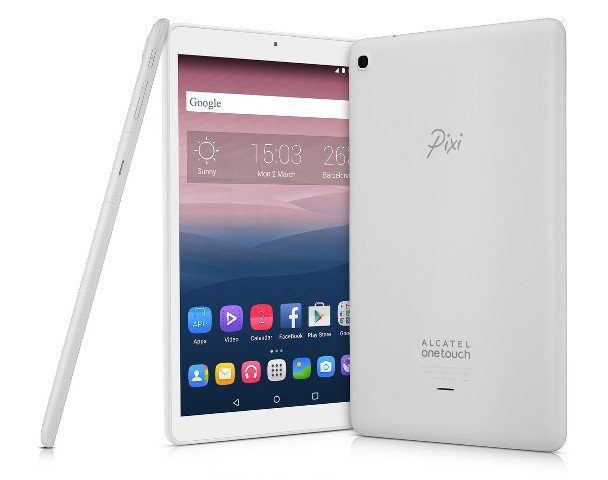 Pixi 3 (10) joins the family of tablet series Pixi 3. This time we are dealing with a model having a 10.1-inch display with HD resolution (1,280 x 800 pixels). Interestingly, the device is designed for use in portrait mode (as evidenced camera for video calls placed on the short edge). Typically, 10-inch tablets are suitable for operation in horizontal view.

The heart of the Alcatel Pixi 3 (10) is a Quad-core MediaTek MT8127 processor clocked at 1.3 GHz, which is supported by 1GB of operational RAM. The device also has 16 GB of data, which can be extended using the cards microSD connector, microUSB the OTG, 2-megapixel webcam for video chat, a camera of 5 megapixels, the battery capacity of 4060 mAh and an optional 3G modem. Pixi 3 (10) operates on the Android 5.0 Lollipop.