War of the number of cores is in full swing. Today, no one is astonished smartphones and tablets with 8-core processors. Meanwhile, around the corner waiting for us soon to mobile devices with a 10-core SoC chips!

One of the first such processors is Helio X20 from the company MediaTek. The Helio X20 uses a tri-cluster arrangement, with three different types of CPU cores designed to work together. There are: 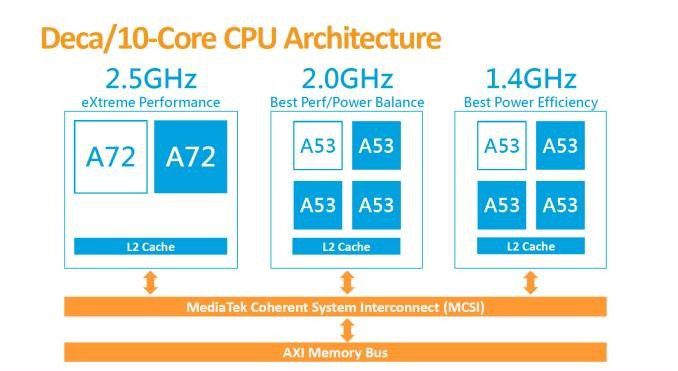 During the most demanding tasks can be activated cores. MediaTek boasts that in this configuration, energy demand is about 30% less than in the case of processors with two clusters. The system will also find an ARM Mali T800 GPU that can handle 4K movies, and support for Wi-Fi 802.11ac, LTE and two camera photo 13 megapixels.

Samples Helio X20 will be distributed to partners in the second half of the year. The first devices with this processor probably will go on the market at the beginning of 2016 years.