On the occasion of the upcoming Easter holidays, Geekbuying store has prepared Happy Easter promotion where you will find many deals up to 70% OFF for the devices available in EU (ES, IT, DE) & US Stock.

Like every big promotion available on the Geekbuying store, also Easter promotion has been divided into several departments. Mainly warehouses (ES, IT, DE, US) in which you will find devices from the main categories: Smartphones, TV Boxes, Tablets & Laptops, Outdoor Gear, Other Gadgets and Top 10 most-bought devices from a given stock. Below you will find three devices from Top 10 with division into warehouses, which enjoyed the greatest interest. ES Stock:

Below a screenshot from the promo. 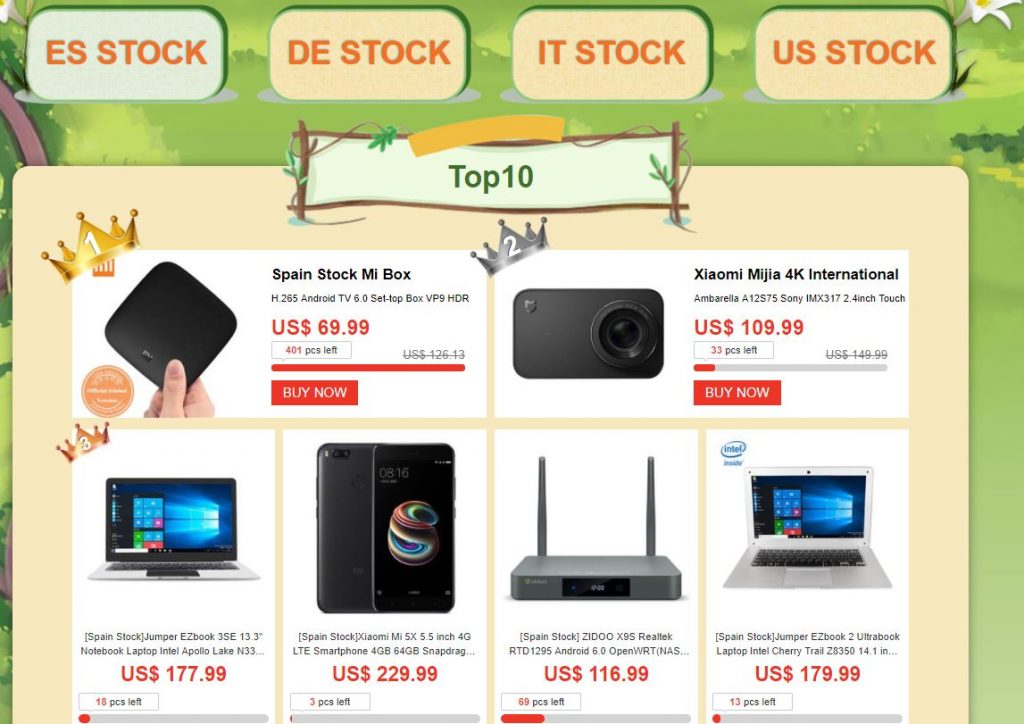 Below are some devices that in our opinion deserve attention, we were guided by the promotional price and specification:

Of course, these are only our suggestions, you know better what devices you need, but we also hope that our suggestions will inspire you. It’s just a few devices from the whole pool of different devices available on Geekbuying Happy Easter promotion.