You have recently had the opportunity to catch interesting deals on TV Boxes and Mini PCs during the promotion of Geekbuying called EU Stock TV Boxes & Mini PCs Sale. Today we have another opportunity and promotion prepared by Geekbuying store called DVB (T2 / S2 / C) Hybrid TV Box Sale. Of course, on the promotion in addition to TV Boxes equipped with DVB tuners, you can find other popular TV Boxes, for example with Voice Remote control, Android TV OS, Android Oreo Os etc. More below. 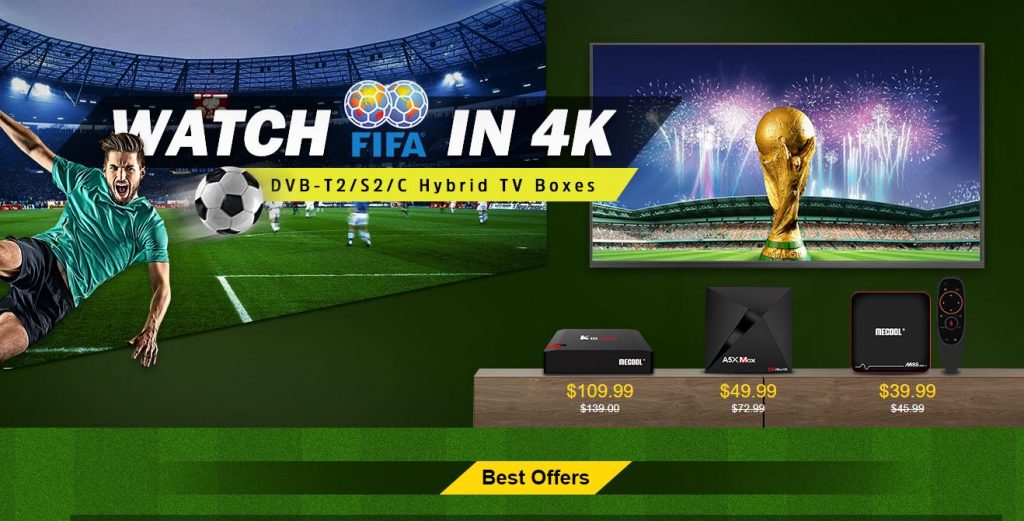 If you are looking for a suitable TV Box equipped with DVB tuner or tuners, you should consider purchasing universal devices with several DVB tuners (DVB-T2 / DVB-S2 / DVB-C) built-in. It is worth paying attention to the popular MECOOL KIII PRO with the mentioned tuners, powered by Amlogic S912, 3GB/16GB, YouTube 4K and Netflix 720P which is now available for $109.90 with coupon code: MECOOL1. As an alternative, you should consider the Magicsee C400 Plus TV Box with DVB-T2/S2 DVB-C, PVR recording support, 3GB/32GB and powered by S912 SoC,  now for $99.99 with coupon code: MECOOL3.

As we mentioned at the beginning, during the DVB (T2 / S2 / C) Hybrid TV Box Sale promotion, Geekbuying store has prepared great deals for other popular Android TV Boxes, not only equipped with DVB tuners. Below you will find some of our choices, perhaps they will make it easier to make decisions when buying. It is worth paying attention to one of the flagship TV Boxes from ZIDOO called ZIDOO X10 which is now is available for $159.99 with coupon code: EUZIDOO (German Stock). Below you will find our suggestions:

Of course, these are only our suggestions, you know better what devices you need, but we also hope that our suggestions will inspire you. More TV Boxes and also mini PCs can be found on DVB (T2 / S2 / C) Hybrid TV Box Sale promotion.