Today, we’re starting with the Gearbest promotion, where you’ll find the best-selling Android TV Boxes in 2017. At Gearbest 2017 Best Sell Android TV Box Flash Sale Save up to 60% OFF promotion you will find the most popular TV Boxes from well-known vendors, which we also had the opportunity to test.

The promotion has been divided into several departments: New Arrival Combo Deals, Our Goodbye 2017 Top Picks, The Top Brands Of 2017, Clearance, EU Warehouse, US Warehouse. Certainly, this promotion will please all fans of TV Boxes and people who plan to buy TV Boxes, the choice of models is huge. On the Gearbest 2017 Best Sell Android TV Box promotion, the number #1 best-selling TV Boxes in 2017 is Xiaomi Mi Box. This does not surprise us to position and also a selection of users/customers. You can find Mi Box review here. It’s really easy and user-friendly TV Box, which will provide you home entertainment. Now on the Gearbest, the Xiaomi Mi Box is available for $69.90 + free shipping.

Another TV Boxes that sold best in 2017 and in our opinion are also worth buying: 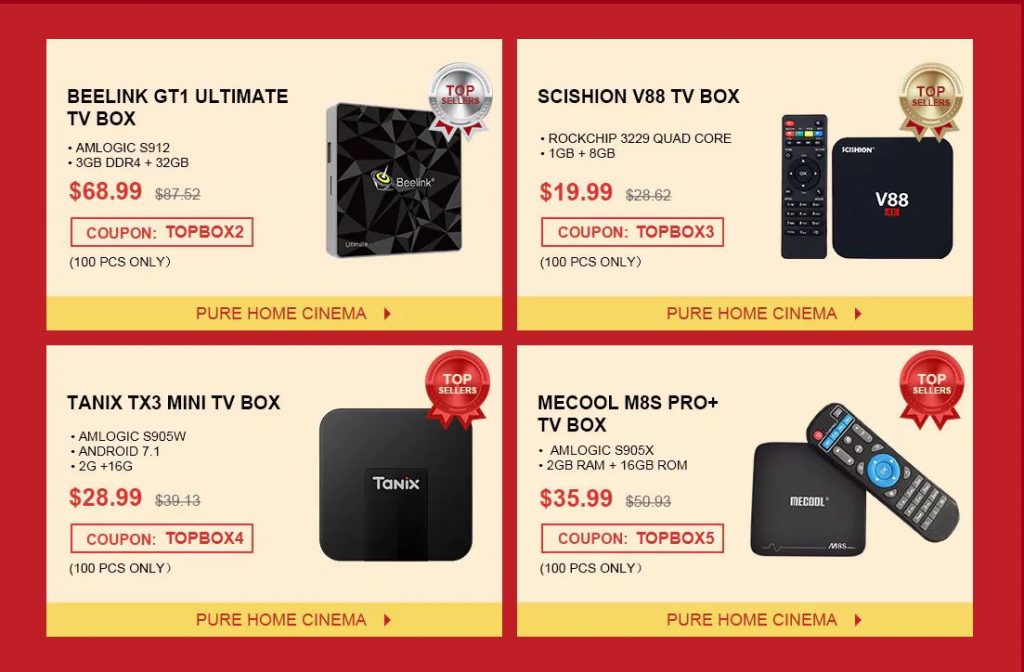