Within the Computex 2015 we have seen many models of new mini PCs. It is worth mentioning two new models coming from Taiwanese manufacturers Quanta and Foxconn. 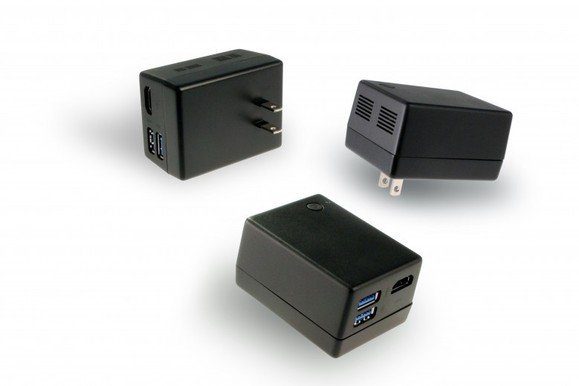 Quanta Compute Plug is a mini PC in a power adapter instead of a stick plugged into the HDMI port. It turns a TV into a Smart Computer and enables people to control their TV using Cortana via Bluetooth remote or headset.

Quanta Compute Plug at first looks like a USB power adapter with two USB ports. But look closely and you’ll also spot an HDMI port.The Compute Plug features WiFi and Bluetooth. So you can plug the tiny computer into a power strip, connect a display via an HDMI cable, and then use Bluetooth or USB to connect a keyboard, mouse, headset, remote control, or other peripherals. 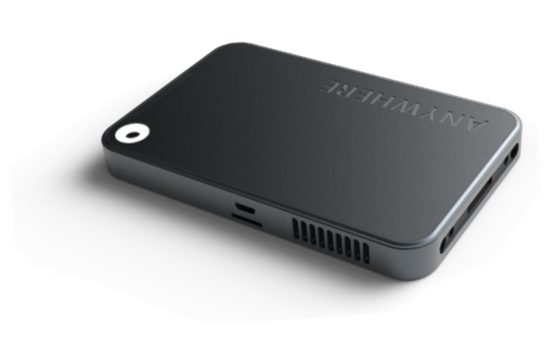 FoxConn Kangaroo  is an ultra-portable desktop PC that turns your TV into a full Windows 10 PC including a fingerprint reader to support Windows Hello and 6 hours of battery life.

Foxconn Kangaroo features an Intel Cherry Trail processor, a battery for up to 6 hours of run time while unplugged, and a fingerprint reader that should let you log into Windows 10 quickly while keeping unauthorized users out. Microsoft says the Kangaroo can turn any TV into a full-fledged Windows 10 computer or it can be used as a set-top-box to bring media streaming to your TV.