At the end of March, we have a lot of information on new processors. Here’s another one we found on Liliputing.

Intel is expanding its line of low-power processors for tablets, notebooks, and energy efficient laptops with the introduction of the first chips based on its “Braswell” platform. CPU World has details about four of the first members of the Braswell family, including Celeron and Pentium chips with 6 watt or lower TDPs. 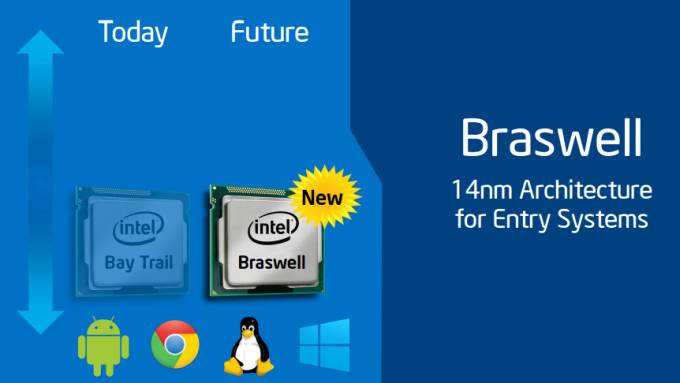 Braswell chips should offer a little more performance than the company’s Intel Atom “Cherry Trail” . But Braswell chips are also cheaper than the higher performance Intel Core M “Broadwell” processors found in products like the Asus Zenbook UX305 and Lenovo Yoga 3 Pro ultrabooks, which makes them a better choice for low-cost computers.

So what can we expect from the first Braswell chips? While we won’t be able to say much about their performance until we have a chance to actually test them, here are some of the specs:

Soon we will be able to inform of new TV Boxes and mini PCs equipped with new Braswell chips.