The Esense Mini-PC Stick D1 is a computer-on-a-stick with an Intel Atom Bay Trail processor and up to 32GB of storage. It’s designed to run Windows 8.1 software, but like the upcoming Intel Compute Stick, I wouldn’t be surprised if it can also support GNU/Linux

There’s not really much setting the Esense mini PC Stick D1 apart from similar devices such as the MeegoPad T01… but the Esense model does come in a wider range of colors. According to promotional material, it’ll be available in black, white, blue, yellow or green.

Of course, that doesn’t matter much if you plan to plug the stick into the HDMI port behind your TV or monitor where you’ll probably never look at it. 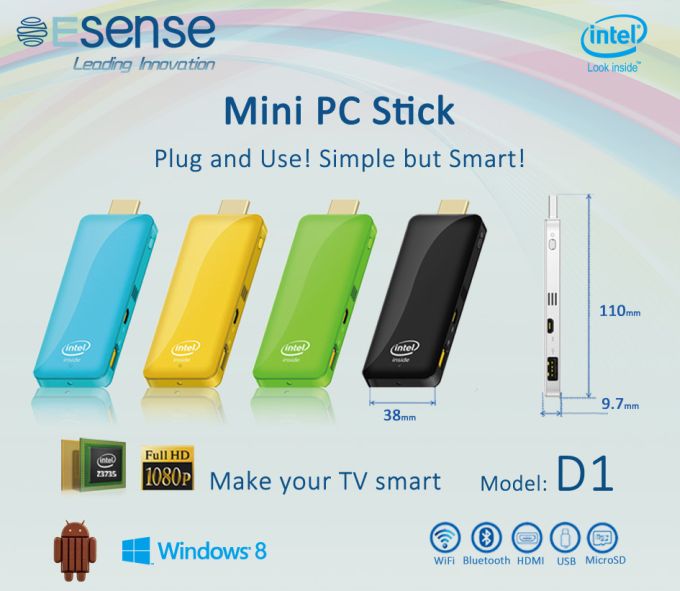 Specs include an Intel Atom Z3735F quad-core processor, 2GB of RAM, and 16GB or 32GB of flash storage. It has a full-sized USB port, a micro USB port, a microSd card reader, and an HDMI connector. The little computer supports 802.11n WiFi and Bluetooth 4.0.