As you probably know Intel Compute Stick is a tiny desktop computer crammed into a stick small enough to slide into your pocket. A lot of manufacturers such as Mele and MeegoPad has its own models mini PC Sticks, but not for long. The market will be flooded with mostly single model (we mean the design and probably hardware) and this is due ECS (Elitegroup Computer Systems). You start to see a lot of models that look like the ECS PCoS in the coming months.

ECS (Elitegroup Computer Systems) is a Taiwanese company that makes products which are sold under the brand names of other companies. Sometimes that means PC makers will contract with a company like ECS to manufacturer a product based on their specifications… but sometimes it means ECS designs a product in-house and then licenses the design to other companies. The ECS PCoS it’s a tiny PC stick that measures about 4.7″ x 1.5″ x 0.6″ and which features an Intel Atom Z3735F quad-core Bay Trail processor, 2GB of RAM, 32GB of storage, an HDMI connector, a USB 2.0 port, micro USB 2.0 port (for power), a microSD card reader, 802.11b/g/n WiFi, and Bluetooth 4.0. 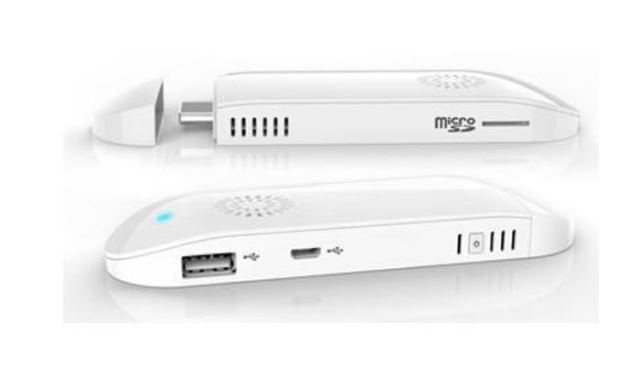 ECS says the system supports Windows 8.1 with Bing, but if it’s anything like the Intel Compute Stick, it should also support Ubuntu and possibly other Linux-based operating systems. The ECS PCoS has a fan to help keep the system from overheating. There are vents in several parts of the case. 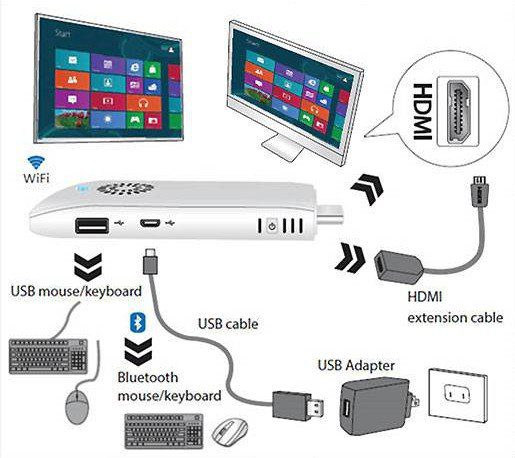