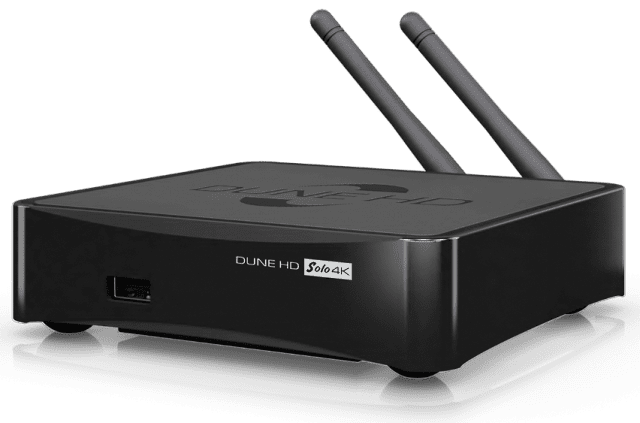 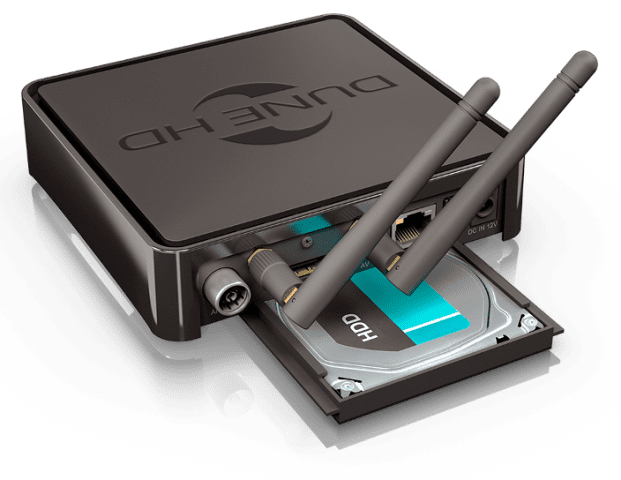 SOLO 4K TV Box implements a unique “dual boot” mechanism, which allows using Linux-based fully featured and further developed functionality of Dune HD media players, or booting to Android OS for working with vast range of Android applications. Dune HD SOLO 4K can also be an home automation gateway thanks to Control4 software, and as a an option with Z-Wave controller will be also available for smart home application. SOLO 4K Media Player is a high-end device, it has a lot of features. Full specification and description of the functions available on the product page. TV Box is available in February of 2016 for 299 Euros (MSRP).

The information given about the availability of Dune HD SOLO 4K in February for €299 were invalid. The HD SOLO 4K is produced in February and will hit the shelves mid of March at a price of MSRP €349 including VAT. The price communicated by DUNE was ex. VAT like is mandatory for the US markets. However for Europe end user prices must contain VAT.

The Dune HD SOLO 4K also has integrated ultra-fast dual band 2.4/5.0GHz Wi-Fi 802.11ac and the player can function as a Router and/or Wireless Access point. With the built in Z-WAVE Plus module this player is ready for smart home integration. The integrated DVB-T / T2 / C tuner makes it possible to watch and record free to air channels.