Today we have for you the next action camera from DBPOWER called DBPOWER N5, which can also be a good gift for Christmas. The DBPOWER N5 action camera also supports 4K @24fps, but it has many interesting features that can be used when recording in various conditions. DBPOWER N5 4K camera now is available on Amazon US for $75.99. 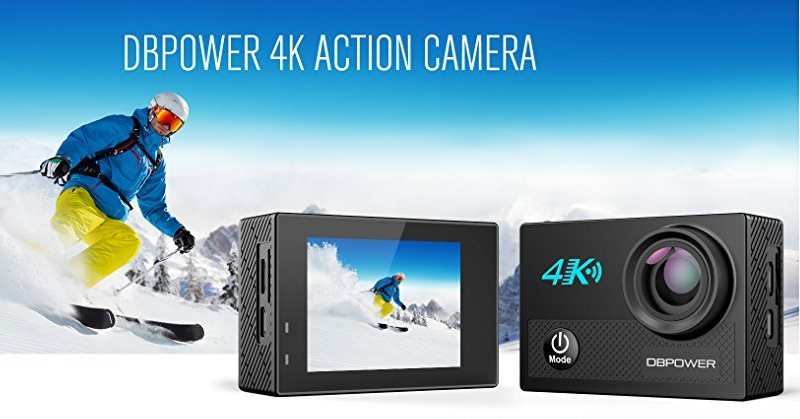 N5 4K action camera as we mentioned earlier records video in 4K@24fps resolution, but also in 2.7K@30fps, 1080p@60fps & 720p@120fps.  The photos can also be taken thanks to the 20-megapixel Sony CMOS sensor. DBPOWER N5 action camera has been equipped with the popular Novatek NT96660 chipset, which can be found in action cameras from other manufacturers. The big advantage of the camera is 5X Zoom. This 4K action camera with a good zoom range from 1.0X to 5.0X by long pressing the “UP” and “DOWN” button. Another great feature is built-in Electronic Image Stabilization (EIS) with 3-axis gyroscope, turn Gyro on when shooting video. The camera has also 170° wide-angle lens, 2″ LCD Screen for viewing, and also support Wide Dynamic Range (WDR) for better detail in dark shadow. Like most sports cameras, the N5 also has a waterproof case up to 30 meters, which comes with a rich set of accessories, in which you can also find 2 batteries (900mAh) 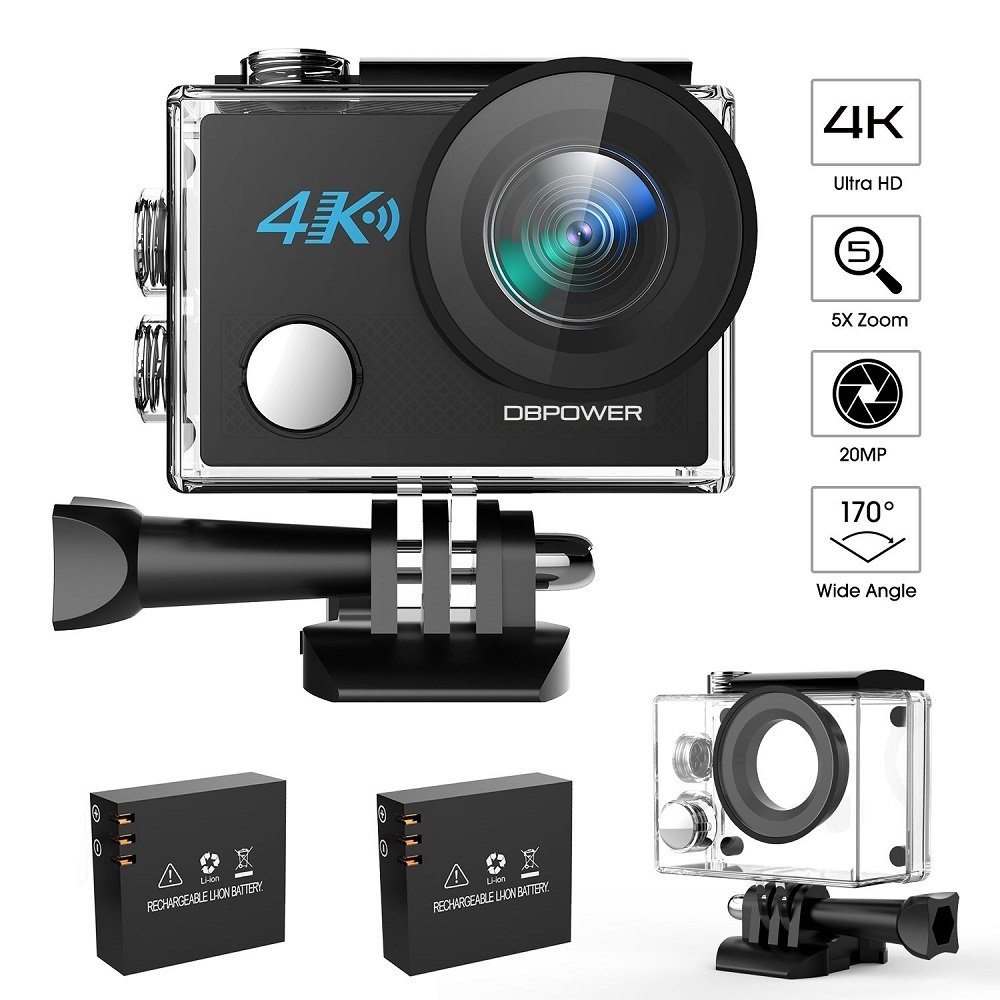 As we mentioned in the set with DBPOWER N5 4K action camera you can find many accessories: 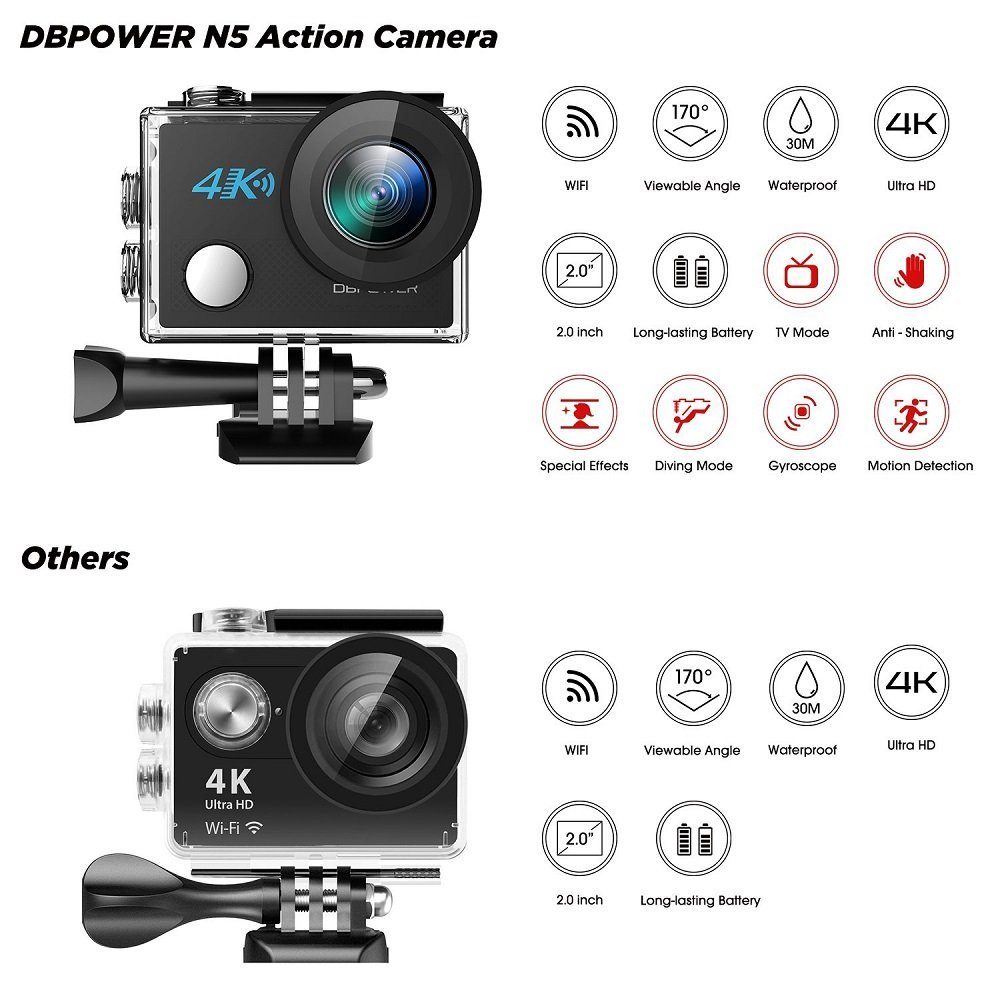 If you are looking for an affordable, budget 4K action camera, with Gyro, WDR, different recording modes then you should consider buying a DBPOWER N5 (now for $75.99). Perhaps someone of you will choose the N5 4K action camera for a gift for your loved ones. 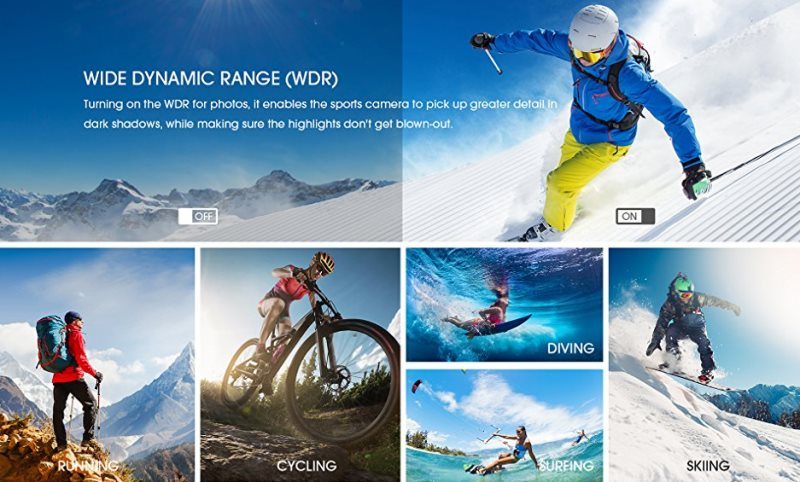