The maker of the Cubieboard line of mini-computers and dev boards have released the most powerful version to date. The Cubieboard4 is a single-board computer with an Allwinner A80 octa-core processor, Gigabit Ethernet, HDMI and VGA ports, and USB 3.0 support. Cubietech has announced the the Cubieboard4 (also called the CC-A80) is now available for about $125. 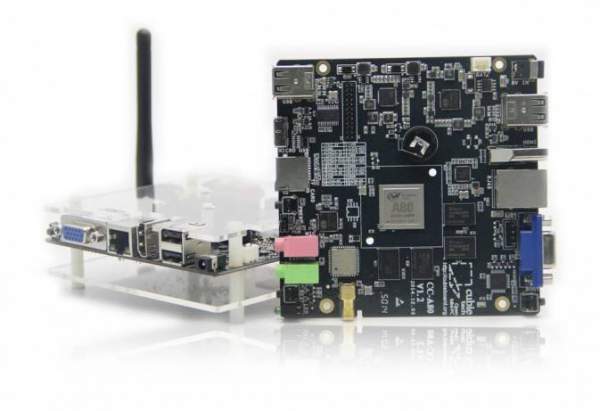 The computer is basically a small form-factor PC board with developer-friendly UART, I2C, and JTAG connectors, up to 2GB of RAM, up to 64GB of eMMC storage, and dual-band WiFi and Bluetooth. It also features a Gigabit Ethernet port, four USB 2.0 host ports, one USB 3.0 OTG port, audio jacks, a mic input, and a microSd card slot.

Cubietech says the system will come with Android pre-loaded, but it also supports Ubuntu or Debian Linux for folks that want to use the system as a tiny, low-power desktop computer or server.