Recently you had the opportunity to get acquainted with the Mini PCs, the Gemini X45 (Basic, Premium) and Gemini X55 Ultimate series from Beelink, devices have been available for some time in popular online stores and in the Official Beelink store on Amazon. Although the Beelink Gemini X45 / Gemini X55 series is quite fresh, the Beelink brand (SHENZHEN AZW TECHNOLOGY CO.,LTD – the company responsible for the brand) already announcing another new Mini PCs, this time addressed to gamers but not only. New Mini Gaming PCs called Beelink Kaby G5 and Beelink Kaby G7 are powered by 8th Generation processors code-named Kaby Lake G and now are available on Gearbest (check prices below). 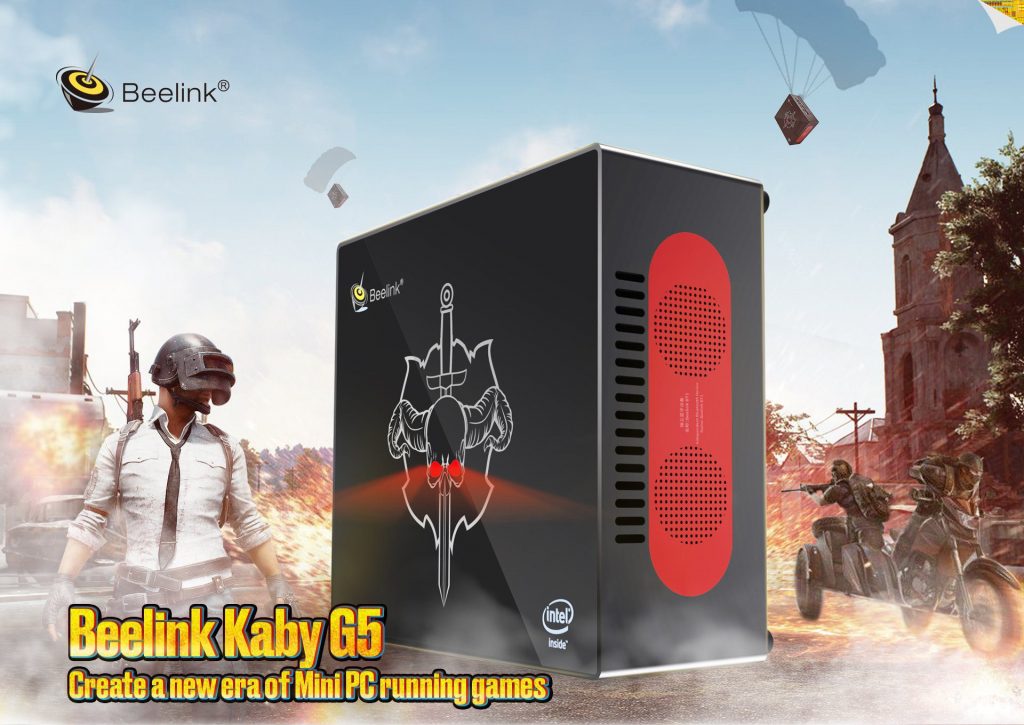 As you can see, the new Mini PCs from Beelink (Kaby G5 and Kaby G7) look amazing, the casing makes a stunning impression and design refer to NUC Skull Canyon. The Beelink Kaby G5 and Beelink Kaby G7 housing is identical. There are not many differences in the specification, the main difference is the Kaby Lake G processors. The Kaby G5 Mini PC is equipped with 8th generation Intel Core i5-8305G processor, and Beelink Kaby G7 with Intel Core i7-8709G. Both Mini PCs has Radeon RX Vega M GL and GH Graphics (Kaby G7). Both Mini PCs also supports: 2x HDMI 2.0b max resolution 4096×2160@60Hz and 1x DP1.2 + 1x DP1.3 max resolution 4096×2160@60Hz, dual-channel DDR4 2400MHz 16GB memory, NVMe PCIe 4X 256GB and SATA 3.0 HDD (2.5inch). Both new Mini PCs are barebone mini pcs, so you can decide how much you will use the memory, storage and what OS you will install. Of course, there are also “full versions” of both Mini PCs. Inside you will also find a bluetooth speaker that can be used separately in combination with a smartphone. Below you will find specifications. 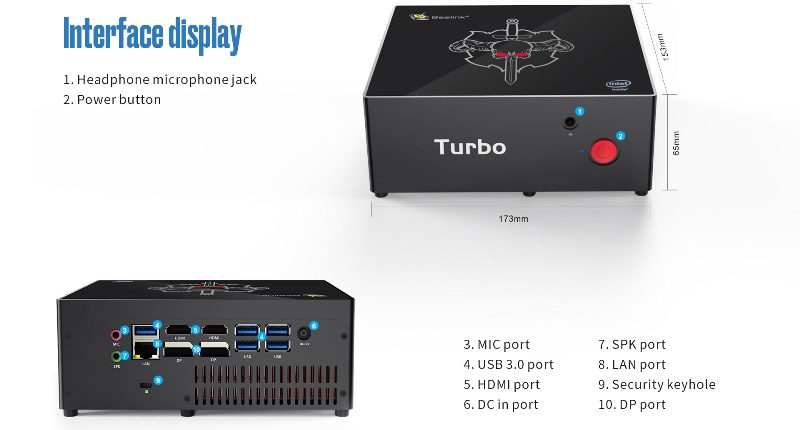 If you’re looking for Powerful Mini PC for entertainment and even as a gaming console, then you should be interested in the new Beelink Kaby G5 and Beelink Kaby G7 Mini PC. The following versions are available on Gearbest: