We recently had the opportunity to present two models of TV Box Beelink: Beelink S82 Plus and Beelink MXIII Plus. Today, another bunch of news about Beelink. Beelink company known primarily for Android TV Box devices presents three new models are currently very popular devices which are mini PC. Beellink as you can see the is not idle 🙂. In the past, Beelink has relied on ARM-based chips from the likes of Amlogic and Rockchip to power their PCs. 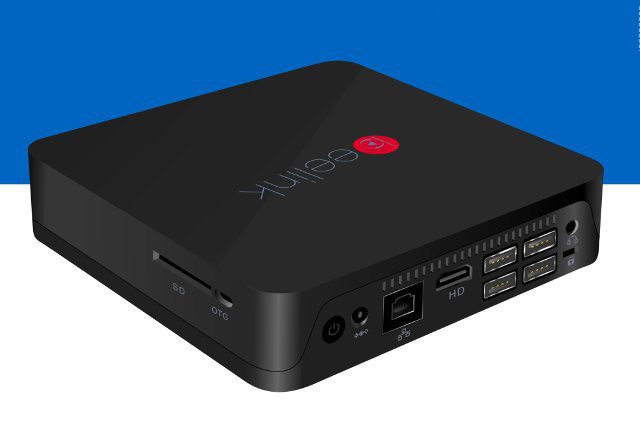 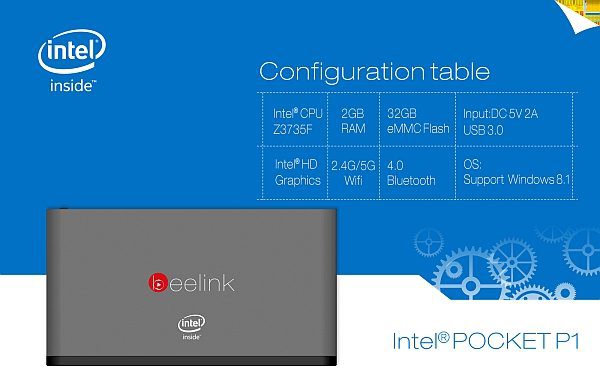 Beelink Pocket P1 appears to be based on Intel’s Compute Stick design. One advantage it has over some of the HDMI stick PCs we’ve seen before is that it will feature a USB 3.0 port for expansion instead of a slower, aging USB 2.0 port. The Pocket P1 runs on an Intel Atom Z3735F Bay Trail quad qore and packs 32GB of integrated storage, 2GB of RAM, 2.4GHz Dual band 802.11 b/g/n Wi-Fi, and Bluetooth 4.0 support. 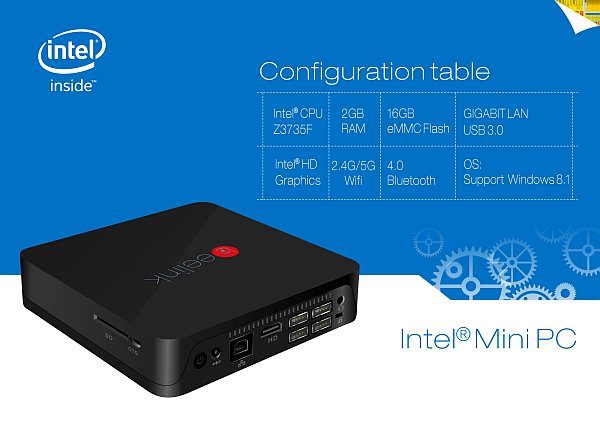 Beelink Mini PC is the largest model of a mini PC with a new trio, but still powered by the same Intel Atom Z3735F Bay Trail processor. Beelink Mini PC in its exposition is very similar to Pocket P1, though there’s one curious change: they’ve cut internal storage in half, to just 16GB. The Mini PC does offer easy expansion via a 2.5-inch SATA bay. Beelink also lets you expand further using a USB OTG port and an SD card slot, and the Mini PC also offers an Ethernet port. 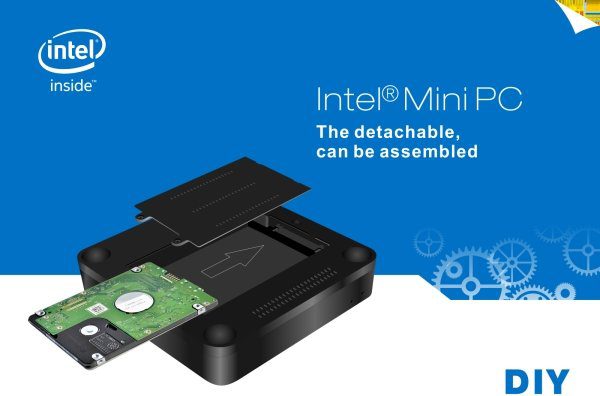 Specifications for the three models:

At the moment there is no information about the price and availability of new mini PC. After the Chinese New Year everything should be explained.